The income tax (I-T) department has attached some of the shares held by V G Siddhartha and Coffee Day Enterprises Ltd in Mindtree, a move that may halt them from selling their stake in the IT firm. 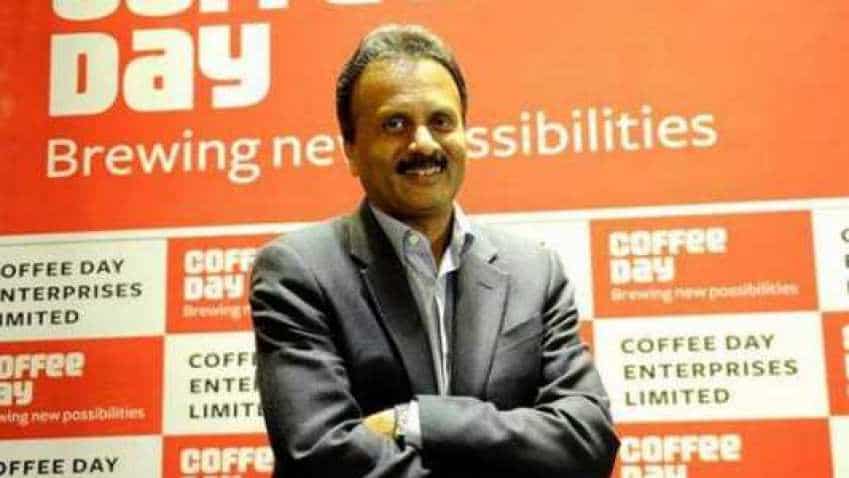 The development comes at a time when V G Siddhartha, who owns about 21 per cent stake in Mindtree through various entities, is said to be in advanced discussions to sell his shares in Mindtree. Image source: PTI

The income tax (I-T) department has attached some of the shares held by V G Siddhartha and Coffee Day Enterprises Ltd in Mindtree, a move that may halt them from selling their stake in the IT firm. The step by the I-T department has been taken to recover a tax demand from the two, Mindtree said in a regulatory filing without disclosing further details.

The development comes at a time when Siddhartha, who owns about 21 per cent stake in Mindtree through various entities, is said to be in advanced discussions to sell his shares in Mindtree. In its BSE filing on Saturday, Mindtree informed that the I-T department in Bengaluru has issued a "provisional attachment u/s 281B of Income Tax or prohibitory orders Act, 1961 for tax demand likely to be raised by the I-T Department on...Shareholders of the company - Coffee Day Enterprises Ltd and V G Siddhartha".

It added that the attachment also "prohibited for transfer or charge" of 22.2 lakh equity shares of Coffee Day Enterprises Ltd, and 52.7 lakh shares held by Siddhartha. The order would be applicable for six months from the date of the order on Friday (January 25, 2019), it said. E-mails sent to Mindtree seeking further details did not elicit any response.

At the end of the December 2018 quarter, Siddhartha held 54.69 lakh (3.3 per cent), while Coffee Day Enterprises Ltd had more than 1.74 crore shares (10.63 per cent). Another entity, Coffee Day Trading Ltd holds over 1.05 crore shares (6.45 per cent). Mindtree's promoters, which include Subroto Bagchi, Krishnakumar Natarajan, N S Parthasarathy, and Rostow Ravanan, together hold roughly 13 per cent stake in the company.

According to reports, Siddhartha, who invested in Mindtree way back in 1999, is in advanced talks with L&T Infotech (LTI) and private equity firm KKR to sell his stake in the mid-sized IT services company. Also, there have also been speculations that such a sale by Siddhartha could trigger a hostile takeover at the company, even as the founders are said to be making all-out efforts to counter any such developments.

Both Siddhartha and Mindtree founders have not made any specific comments on the issue so far. During the Q3 earnings call recently, the management skirted questions on the speculations saying it remains committed to delivering growth for the company.
"...This is something that is not in our control. Shareholders make their own decisions on when they want to buy, how much they want to buy, when they want to sell, etc. It is outside our purview in that sense," Ravanan, who is also the chief executive officer and managing director, had said.

Ravanan had further stated: "We can make sure that things go right at Mindtree, we take care of people, customers and continue to deliver industry leading growth. So, the stake sale is not something that we have a view on or would like to make a comment".

Mindtree, in the December 2018 quarter, posted a 35.1 per cent rise in consolidated net profit to Rs 191.2 crore, and 29.7 per cent jump in revenues to Rs 1,787.2 crore over the year-ago period. It also exuded confidence that its January-March numbers would be better than the just-concluded quarter. Shares of Mindtree closed at Rs 885.95 apiece on Friday on the BSE.

Income Tax Return E-Filing ALERT! Planning to file ITR Today? Can't be done on THESE dates - Here is why