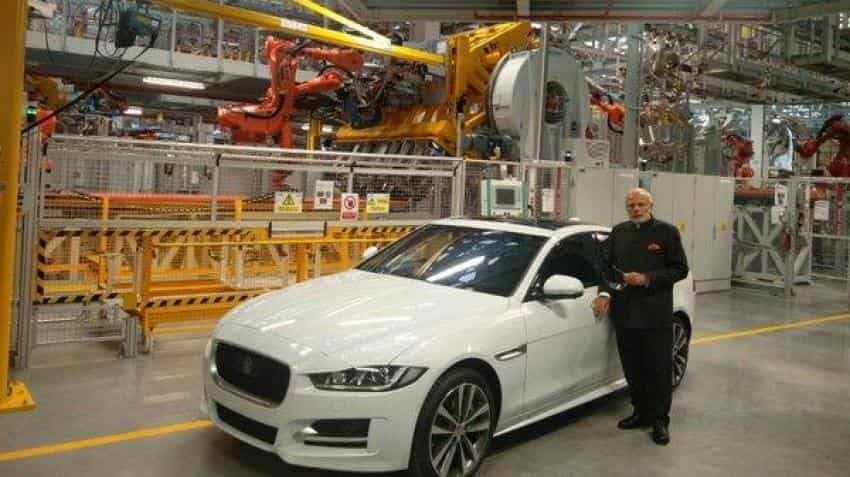 The company registered consolidated revenues of Rs 67,056 crore in Q1FY17 as compared to Rs 61,510 crore in Q1FY16. Giving the reason for the rise in revenues, the company said, "In Jaguar Land Rover business-Strong sales in all the regions- UK, Europe, North America, China and other Overseas markets, and in Standalone business-Continued volume growth in M&HCV segment and the LCV segment".

On Standalone basis, the total income increased from Rs 11,307.5 crore in June, 2015 to Rs 12089.2 crore in June 2016. Operating profit (EBITDA) of the Standalone business for the quarter stood at Rs 588 crores with operating margin at 5.7% (margin calculated on revenue net of excise duty), the company said in a regulatory filing.

The impact on the Pound following BREXIT vote was also on of the reasons for an impact on Jaguar's profits.

"The operating performance in the quarter reflects the overall higher wholesales, offset by adverse FX impact of £207 million including revaluation of £84 million, mainly EUR payables resulting from depreciation in the Pound following the BREXIT vote. EBITDA margin excluding the FX revaluation was around 14%. Further, the operating profit for the quarter was also impacted by lower local market incentive as compared to the corresponding quarter of the last year," said the company.