Tata Motors has reinforced its commitment towards nation building, touching lives of over 7 lakh people, of which nearly 40% belong to SC and ST communities, under its  corporate social responsibility (CSR) programme. 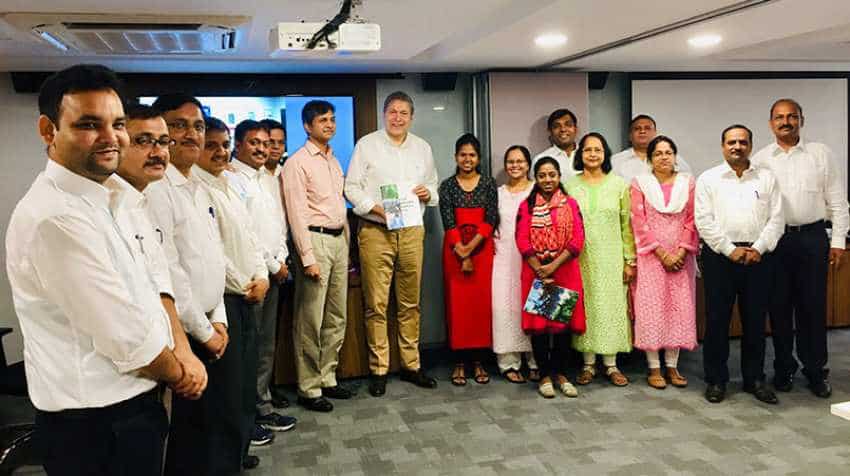 The CSR operations have grown exponentially over the years in line with the vision of the Tata Group founder, Jamsetji Tata. Image source: tatamotors.com

Under its corporate social responsibility (CSR) programme to promote Health, Education, Employability and the Environment, Tata Motors has reinforced its commitment towards nation building, touching lives of over 7 lakh people, of which nearly 40% belong to SC and ST communities, said a company statement, adding the operations have grown exponentially over the years in line with the vision of the Tata Group founder, Jamsetji Tata. The four key thrust areas by the company’s CSR interventions are:

Under this programme, the company has focussed on eradicating malnutrition in children under five year age and providing safe drinking water especially in drought-prone tribal hamlets/habitations. In FY19, over 3 Lakh people benefitted from this programme and over 90% of the malnourished children brought to sustained healthy zone, besides ensuring water security across 450 habitations.

Over 1 lakh students were engaged through this programme and they helped in improving pass percentage in government schools from 55% in FY 2015 to 80% in FY 17.

Under this programme, the company focuses on training unemployed youth in three segments – auto trades, non-auto trades and agriculture & allied activities. On receiving NSDC certification, students find employment opportunities in open market, including Tata Motors’ ecosystem. The company also engages with community based groups of women and farmers and helps them earn supplementary income through agriculture and allied programmes. Tata Motors ran an exclusive driver training batches of 50 women in partnership with Ambika Motors in Pune, and the company is currently training another batch of 50 SC women in collaboration with Pimpri-Chinchwad Municipal Corporation (PCMC).

Tata Motors has skilled over 1 lakh youth and farmers, and 56% have found employment in selected trades, while 4% of the trained youth started their own enterprise. The initiative has helped people increase their annual income by Rs 1 lakh.

Tata Motors through its concentrated efforts has strived to increase the green cover through sapling plantation, enhancing environmental awareness among communities. Under this programme, over 11 lakh saplings were planted and their survival rate remained significantly high (85%). Notably, 90% plants are indigenous. Over 89,000 people, mostly young children, were sensitized about the environmental cause. The company also helped in 27% reduction of wood demand due to adoption of fuel efficient cooking stove.

The pilot project has witnessed improvement in the quality of 3000 tribal lives of Pathardi gram panchayat in Jawhar block of Palghar district where 70% of the resources for village development came from the government.