Tariff relief will bring down our losses at Mundra by 50%: Praveer Sinha, Tata Power

Praveer Sinha; CEO & MD, Tata Power, spoke about the current situation being faced by the power sector, his expectations from Gujarat government’s resolution to increase power tariff, disinvestment and CapEx for expansions during an interview with Zee Business. 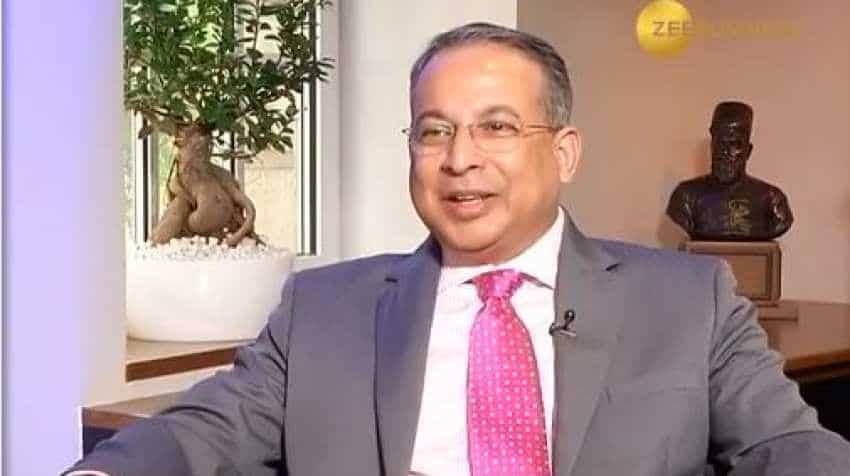 Tata power is present in almost every section, like generation, distribution, transmission, trading and international coal, and each of these businesses is doing well. Image source: Zee Business
Written By: ZeeBiz WebTeam
RELATED NEWS

Praveer Sinha; CEO & MD, Tata Power, spoke about the current situation being faced by the power sector, his expectations from Gujarat government’s resolution to increase power tariff, disinvestment and CapEx for expansions during an interview with Swati Khandelwal, Zee Business. Edited Excerpts:

Q: You have completed almost seven months at the helm of Tata Power and power sector has gone through several ups and downs in this period. Can you provide an update on the current situation of the sector?
A: You spoke about the things that happened in the past seven months, but the power sector is a long-term sector and that’s why one needs to have a long-term view of it. This sector has always been very steady but there have been some blips like coal or stressed assets.

But electricity is needed for almost everything in the country, from urban to rural areas, and that is why it should be a balance between production and distribution should be maintained. In fact, the electricity sector has seen several changes in recent past including technology reforms, for instance, there is a demand for renewable energy, strengthening of distribution sector and technology among others.

Q: It means that you are quite bullish and gang ho on the sector despite the challenges that it has faced in recent past and are aware that its journey is not going to be a smooth one in near future.
A: Yes, this is a challenging sector as we are responsible for the consumers, who are the common man. This is a reason that the sector is counted among the public-utility sector.

Q: Mundra Power Project has been in a hang for Tata Power. But Gujarat government’s resolution, allowing you to increase the tariffs, will provide certain relief to the company. Let us know about the quantum hike and its positive impact on your balance sheet and the time by which it can be seen in your books?
A: Tata power is present in almost every section, like generation, distribution, transmission, trading and international coal, and each of these businesses is doing well and have been making the type of returns and profits. Unfortunately, Mundra project, which was created as an Ultra Mega Super Critical plant, has seen roadblocks due to the change in the law in Indonesia. These roadblocks led to heavy losses for us.

We lost around Rs 8000 crores in Mundra and invested Rs5000 crores through equity path in the project. In fact, we were not able to get any return from the Rs13,000 crores investments that we made in the project. This also brought a dent on our balance sheet and created a pressure on us putting a break on our growth plans. In fact, you would have noticed that we haven’t gone for a lot of capacity addition in the past two years.

Fortunately, Gujarat government decision along with the Supreme Court’s order asking the competent authority, Central Electricity Regulatory Commission (CERC), to look into the proposed amendments in the power purchase agreements (PPA) of coal-based plants and decide on the increase of the tariff.

Q: There were talks that your losses will go down up to 50%. Is that the right number?
A: Yes. We were incurring losses of around Rs1500-1600 crores in Mundra due to the increase in coal prices in the international market, but it is decreasing, now. In fact, it went up to $100 on the HBA index of Indonesia, but its prices are going down and have reached a mark of $90 at present. This decrease has taken down our losses from 90 paisa/unit to 40-45 paisa/unit. Besides, we are also taking steps to control it.

Q: Gujarat government would be interested and probably you can sell it to them. I think such talks were on in the recent past. What is the status? Will you be interested in keeping this loss-making project with yourself?
A: Yes, it has been almost one and a half years when we had such a discussion on the issue. But the question is why Gujarat government will opt for a loss-making company and take its liabilities on itself. In fact, no other government or the five beneficiaries of the project were interested in the taking the project. It is not more on the table and we are supposed to run it on our end and try to convert it into a profit-making company.

Q: Talk about the kind of burden that will be transferred to the consumers through the expected price hike?
A: Gujarat and Maharashtra are two states with maximum power consumption. During our calculations, we found that the tariff hikes will have an impact of just 1-1.5 paisa in Gujarat, as it pools power and when they will socialise the power with the consumers on pooled basis then it will have an impact of just 1-1.5 paisa.

Besides, there is a certainty that these states will get an additional 10 per cent electricity with this hike as we will take our production to 90 per cent from existing 80 per cent.

Secondly, PPA, that will remain active for 25 years, has completed its five years. But, they have opted to extend the remaining 20 years with an additional 10 years, which will lead to a depreciation in the cost of the tariffs after it completes the remaining 20 years. This depreciation will lead to a reduction in the cost of power, which is beneficial for them.

Q: What is the roadmap of Tata Power for the next five years?
A: Tata power has a consumer-centric growth plan and our new businesses will include certain things like solar projects, charging infrastructure of utility-scale and rooftop solar projects but people are not aware of these things. We also have other consumer-related services like home automation solutions in which a consumer will be provided with an opportunity to decide the kind of power that he wants to consume at a time. Under the process, he will be enabled to remotely handle these things from his office or home. In addition, this solution will also help them to have an idea about the amount of power that he/she had consumed in a certain period. This will lead to awareness and empowerment.

Apart from this, we are also providing ESCO program for energy conservation at certain places like factories, industries, commercial offices, where power consumption is too high, due to the use of air conditioners and non-critical loads. In short, electricity should be consumed as per the needs.

Roof-top solar facilities have been launched in four cities namely Mumbai, Delhi, Bhubaneshwar and Ajmer and the facility will be launched in 14 more cities by March 31, 2019.

Q: Tata Power & HPCL has signed MoU to set up for setting up commercial-scale charging stations for Electric Vehicles at the HPCL retail outlets. Let us know about the number of stations that will be created under across India?
A: We have also signed similar agreements with BPCL and IOCL. Interestingly, they have their petrol stations in almost every city and highways. Its, charging stations, availability on the highways will help in ending the range anxiety issues of the electric vehicle owner. We will try to establish e-charging facilities on each petrol stations owned by these companies. In addition, we are also looking forward towards other locations for the purpose like at gas distribution companies that are engaged in supplying gas for vehicles. We have the opportunity of developing e-vehicle charging facilities at suitable locations across India, so that they, the owners of e-vehicle, don’t face the problem.

Q: What are your targets for top-line, bottom-line and margins?
A: We have revised the timeline for doubling our turnover form 5-6 years to 3 years. This change in the timeline will double our top line in just three years and four times in six years from what we are today. Secondly, our margins have always been a good one and we have been working on healthy margins due to the sustainable business model that is implemented by us. I hope that we will have healthy margins in all business in future and get better from the existing levels.

Q: There are concerns related to debt. How will you deal with it and let us know the ways that will be adopted to reduce it? And, how will you meet the CapEx of the planned expansions?
A: We have a debt of around Rs48,000 crores at the end of last financial year (FY18). Our measures like disinvestment of non-core assets like Tata Communication and defence business among others. In addition, we are disinvesting other non-core assets that exist in certain businesses, companies, within the land. These steps have helped us in bringing our debt-equity ratio to about 2.3X and hope to bring it down below 2X in the next 1.5-2 years.

Q: You were talking about the process that is being adopted on the non-core assets. Can you quantify the assets that have been disinvested and those that will be disinvested in the recent future?
A: Non-core assets of about Rs4000 has been disinvested of which Rs2500 crore has been received and expect that we will get the remaining Rs1500 crore by end of this financial year. In addition, we are also planning to go for a disinvestment of non-core assets of Rs5000 crore. These assets include the assets that can’t be scaled, and we invested with a hope that we will grow in that project but was not able to see positive results on that front. Secondly, they will be disinvested as we can see investment opportunities within the country.

Q: Is Tata Power aggressive towards projects that are entering NCLT like Jaiprakash Power (JP), where you have displayed your interest?
A: We have identified the kind of projects for which we will bid for, for instance, Prayagraj Power Generation Company of JP. The projects should have PPA on the major capacity, availability of coal or fuel supply agreement, reasonable tariff as its absence may lead to protest by consumers or the utility distribution companies with whom you have a PPA. Thus, we want to go for cost-effective businesses with sustainable tariff plans.

We opted for Prayagraj through aggressive bids as it is a supercritical project of 1980 MW and we will run it in the way in which we are running the projects of Tata Power, that is, in a highly efficient and highly operational benchmark in terms of operational capability and performance parameters.

Besides, new investments will be made on renewable and new businesses.