The government had in March 2017 awarded 128 regional routes to five airlines for launching flights under the Udan (Ude Desh Ka Aam Naagrik) scheme, which aims at boosting air connectivity to the hinterland. 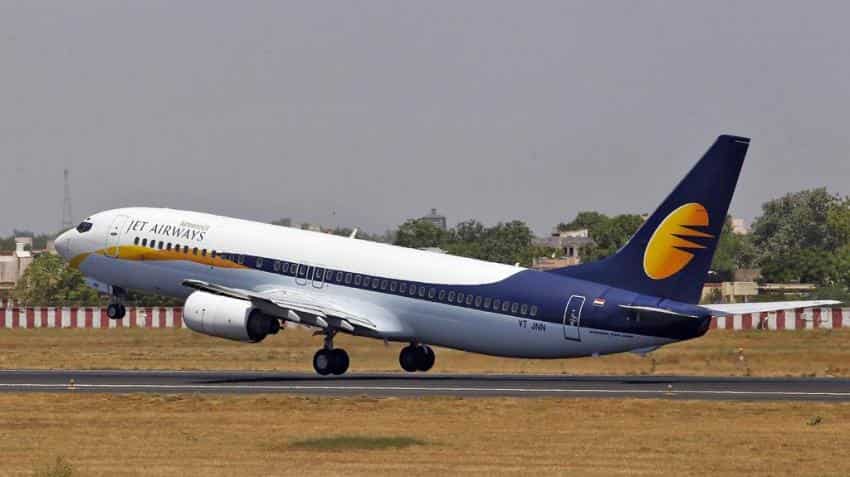 The fare for a Delhi-Nashik-Delhi flight will be Rs 2,665. Image source: Reuters
Written By: ZeeBiz WebTeam
RELATED NEWS

With summer vacations at their peak, premium airline Jet Airways has come up with offers under the government's Udan scheme. The scheme will kick off from June 14 onwards with the first flight to be operated on the Lucknow-Allahabad-Patna sector. Moreover, the full-service carrier is offering fares starting as low as Rs 967 under the Udan flights scheme.

The government's Udan scheme focuses on enhancing regional air connectivity at affordable rates. Jet Airways had bagged four routes in the second round of bidding in January, in which a total of 325 routes were awarded to various operators. Besides Lucknow-Allahabad-Patna, the airline will also fly on the New Delhi-Nashik, Nagpur-Allahabad-Indore and Lucknow-Bareilly-Delhi routes.

The fares for the Lucknow-Allahabad-Patna flight under the Udan scheme will be Rs 967, while the flights on the Patna-Allahabad-Patna route will cost Rs 1,216, Jet Airways website showed.

Similarly, the ticket price for a trip on the Nagpur-Allahabad-Nagpur route has been pegged at Rs 1,690, while the Indore-Allahabad-Indore flight will cost Rs 1,914.

The fare for a Delhi-Nashik-Delhi flight will be Rs 2,665.

With at least half of the seats in the Udan flights being offered at subsidised rates, the participating carriers get a certain amount of viability gap funding (VGF) - an amount shared between the Centre and the states concerned.

To fund the scheme, the civil aviation ministry is collecting a levy of Rs 5,000 per departure from airlines operating in major routes, including Mumbai and Delhi, reported PTI. The government had in March 2017 awarded 128 regional routes to five airlines for launching flights under the Udan (Ude Desh Ka Aam Naagrik) scheme, which aims at boosting air connectivity to the hinterland.

Under the scheme, the fares have been kept at Rs 2,500 for a one-hour journey.