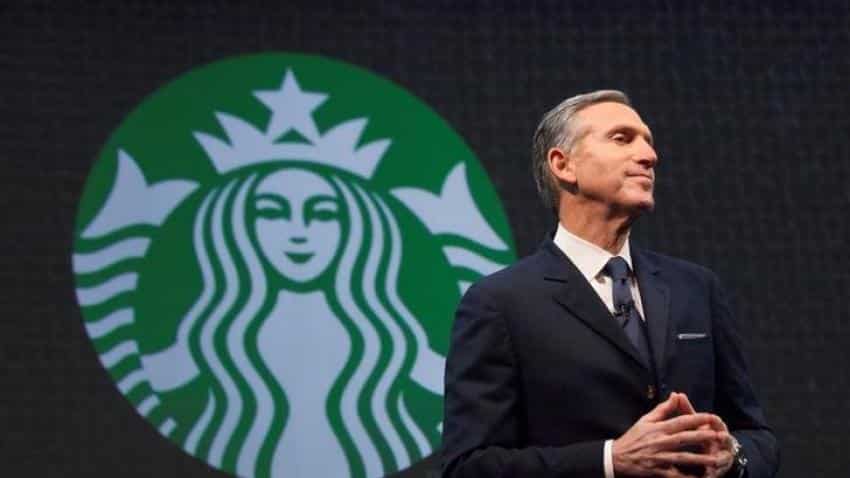 Chicago woman sues Starbucks for putting too much ice in drinks

Starbucks Corporation co-founder Howard Schultz`s plan to build a new prestige brand is a bet that moving upscale can raise the profile of the world`s largest coffee brand with millennials like Megan Sauers.

Schultz in April will step down as chief executive to focus on building 1,000 new "Reserve" brand stores. Over time there also will be as many as 30 large, showcase Reserve Roastery and Tasting Rooms in major cities around the world.

Starbucks last week announced that Schultz was moving into the role of executive chairman in April to focus on the project. Analysts expect more details at a meeting in New York on Wednesday.

The transition marks a turning point for Starbucks, which introduced millions of people around the world to higher quality coffee and espresso drinks and now must find a way to avoid being labeled pedestrian when compared with upscale rivals like Blue Bottle and Intelligentsia, which are popping up in US cities.

"Starbucks is the millennials` parents` coffee house and Starbucks is acutely aware of that," said Ric Rhinehart, executive director of the Specialty Coffee Association of America.

Starbucks` Reserve projects are "a reminder that they did this first and they do this best," said AB Bernstein analyst Sara Senatore.

The company already has added Reserve bars to a handful of Starbucks shops in major cities including New York.

Reuters visited one such cafe on Manhattan`s Upper East Side, which offered $10 cups of coffee made in glass siphons, $10 "flights" of Reserve brews and nitro cold brew via a separate Reserve menu.

Twenty-four-year-old Sauers came in for her standard Starbucks caffeine jolt and discovered the new brand.

"I`d probably just stick to the regular, I`m not too picky," said Sauer, a recent transplant from Ohio. But she showed the kind of aspiration that Starbucks seeks.

"If I had the money to spend more towards coffee I`d do it," she said, calling the Reserve bar a great idea for the neighborhood. "I think people want it, too.”

Reserve stores will exclusively sell and serve exotic, small-lot coffees that can cost $50 per 8-ounce bag. Executives expect customers to stay longer and spend more, driving twice the financial returns of typical Starbucks stores, which have average unit sales of about $1.6 million annually.

Reserve likely has room to set prices higher than Starbucks. Blue Bottle and Intelligentsia shops in Los Angeles charge $4.50 for their 12-ounce lattes, versus $3.25 at Starbucks.

Starbucks` 1,000 Reserve stores could boost company revenue if they hit targets, said Bernstein`s Senatore, who cautioned that Schultz`s new project has investment requirements that could become less attractive in a slowdown.

And as Starbucks has already learned, moving upscale carries its own risks.

"There is always a market for what is different, special and rare, but the minute you become so available that anyone can get what you are selling, you lose your cachet," said market researcher Robert Passikoff, president and founder of Brand Keys.

Chicago woman sues Starbucks for putting too much ice in drinks