What is bigger news for Snapdeal employees is that the letter mentioned that the overall increments this year will be higher than those offered last year. 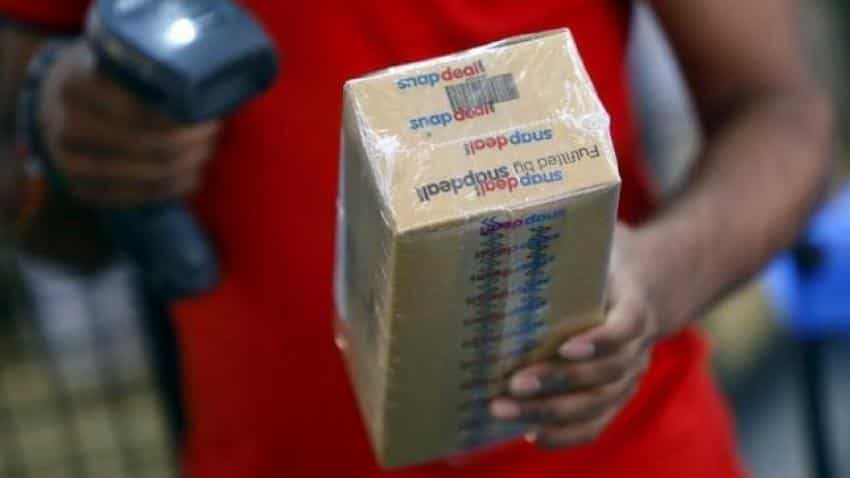 A Snapdeal package being handled by an employee. Photo: Reuters
Written By: Collin Furtado
RELATED NEWS

Snapdeal's founders on Sunday sent a letter to employees assuring them of job security and no disruptions in the ongoing appraisal process. This comes as a result of reports of its largest investor SoftBank in talks with Flipkart for the sale of the e-commerce company.

While the founders Kunal Bahl and Rohit Bansal in the letter did not deny the speculation of their sale to Flipkart, they further mentioned that their “investors are driving the discussions around the way forward”.

However, what is bigger news is that while trying to put away employee fees regarding lay offs when company gets sold to its rival company, they mentioned that the overall increments this year will be higher than those offered last year. “In the interim, the annual performance review process is nearly complete and you will the receive the salary revision and promotion letters (where applicable) over the next two weeks. Given the incredible progress we have made around our profitability journey as a company, the overall increments this year are higher than those offered last year,” said the founders in the letter.

Also read: Why fate of Snapdeal's employees is a big question if sale to Flipkart goes through

This comes as good news for the employees of Snapdeal as they can expect an increment much higher than 20% this year. Last year Snapdeal had given its employees an average annual salary increment of 20%. Even in 2015 the company was said to have given employees a 20% raise in their salaries, according to a Business Standard report.

Currently Snapdeal employs around 2,500 people and the conversations around the sale have largely been around deciding the fate of the employees who currently work there.

While Snapdeal's founders that they have made “incredible progress” around their “profitability journey as a company” during the year, the company balance sheets have been in the red. The losses of Snapdeal are mounting, which was at Rs 1,072 crore as cash and bank balances as on March 31, 2016, according to the filings with Registrar of Companies (RoC). Besides this, the report said that currently is left with around Rs 500 crore in the bank and is believed to be losing Rs 50 crore every month. A reason why investors such as SoftBank are looking to sell the company and recover their money.

Rival Flipkart, who is expected to buy Snapdeal, had in fact capped salary increments at 10% in 2016. This is given the company has been struggling too. Flipkart's losses doubled to Rs 2,306 crore in FY16 as it pumped in money to battle global e-commerce giant Amazon. While Flipkart is at No 1 spot in the Indian e-commerce market, this has come at a very high cost as it lost over Rs 14 crore per day in FY16.

Not only this, the valuation of Flipkart has been declining since 2014. The valuation of the company has declined from its peak at $15 billion to $5.5 billion in 2017. Recently, in March this year Morgan Stanley further marked down Flipkart's valuation to $5.37 billion. This was despite in close talks to raise funding of $1.5 billion from new and existing investors.