Axis Bank has to complete the inquiry within three months and file a report to Sebi within seven days thereafter, the regulator said, after it found that the company's results for the April-June 2017 quarter were "either identical or matched closely with the figures" that were in circulation on WhatsApp prior to an official announcement. 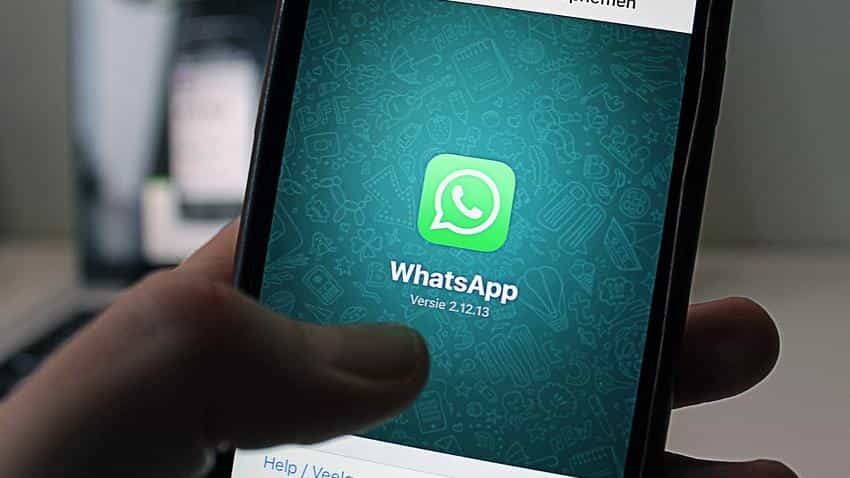 In its first order in the WhatsApp leak case, regulator Sebi on Wednesday, ordered Axis Bank to strengthen its systems and conduct an internal probe to fix responsibility as the initial investigation showed the leakage due to "inadequacy" of processes at the bank.

Axis Bank has to complete the inquiry within three months and file a report to Sebi within seven days thereafter, the regulator said, after it found that the company's results for the April-June 2017 quarter were "either identical or matched closely with the figures" that were in circulation on WhatsApp prior to an official announcement.

Sebi began a probe last month after a media report surfaced with respect to circulation of Unpublished Price Sensitive Information (UPSI) in various private WhatsApp groups about certain companies, including Axis Bank, ahead of their official announcements.

The regulator also conducted search and seizure operations in this regard at various places, including on the premises of various market entities.

This is the first order from Sebi in this case and several others may follow soon.

During the preliminary examination, it was observed that the messages circulated in WhatsApp groups almost matched the quarterly financial results of Axis Bank for the June quarter, which were published subsequently. The results were officially announced on July 25 at 1623 hours but the message was in circulation on July 25, 2017 since 0912 hours.

"It was observed that the figures that were in circulation in WhatsApp groups about Axis Bank were either matching in totality or were close to the actual announcements except figures for slippage," Sebi said.

The regulator subsequently sought information from Axis Bank and asked it to submit information regarding the processes and controls it has in place regarding UPSI handling.

In response, Axis Bank submitted that it has ensured adherence to the applicable laws and adopted adequate processes and controls to maintain confidentiality of price sensitive information relating to the bank.

It also submitted that access or communication of such information is made or done on a need to know basis. It also provided particulars of the processes and controls in that regard.

Axis Bank also provided the chronology of events relating to preparation and finalisation of its financials relating to the quarter -- submitting that the process started from July 1, 2017 and the financial results were formally disclosed on July 25, 2017.

Since July 1, various rounds of meetings and discussions were conducted among the officials and auditors of Axis bank in the process of finalisation of quarterly results.

Thereafter, during July 21-24, 2017, there was finalisation of board notes and presentations, press release, earnings presentation and analyst call transcript.

"Thus, it prima facie appears that the financial results of Axis Bank for quarter ended June 2017 were finalised by July 24, 2017, which was before circulation of WhatsApp message on July 25, 2017," Sebi said.

The regulator said at this stage, the source or origin of the leakage of UPSI cannot be ascertained, but it can prima facie be inferred on the basis of the facts and circumstances that the UPSI relating to financials of Axis Bank was leaked.

"Such leakage is prima facie attributable to the inadequacy of the processes/controls/systems that Axis bank as a listed company had put in place," Sebi said, adding that procurement or communication of UPSI by any person is identified as a violation of insider trading regulations and other laws.

It is incumbent upon every listed company to put in place measures that would ensure that such procurement or communication of UPSI does not take place, the market watchdog said.

Accordingly, Sebi asked Axis Bank to "strengthen its processes/systems/controls forthwith to ensure that such instances of leakage of unpublished price sensitive information do not recur in future".

It also asked the bank to conduct an internal inquiry into the leakage of unpublished price sensitive information relating to its financial results and take an appropriate action against those responsible, in accordance with law.

Sebi further said the inquiry should include determination of the possible role of persons in relation to the aforesaid leakage of UPSI, including of those involved in generation of the original data for the purpose of determination of key figures relates to GNPA (gross non- performing asset) NNPA (net non-performing asset), NIM (net interest margin), slippage, write-off, CASA (Current Account and Savings Account) etc.

The inquiry should also cover role of "any other persons who had access to the information", Sebi told Axis Bank.