With the launch of UPI on Samsung Pay, users can create their unique virtual addresses @pingpay enabling them to make seamless bank to bank transfers. 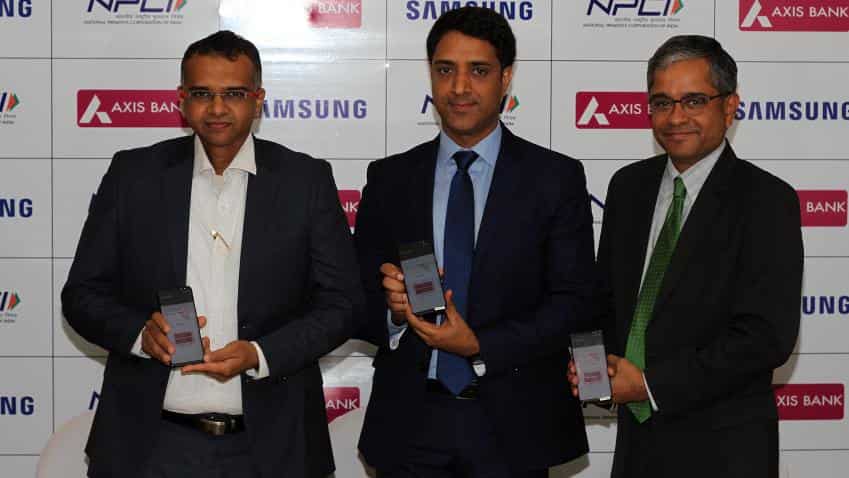 With the introduction of UPI, Samsung Pay will now integrates card payments, mobile wallets and UPI in one app. The transactions made by users through UPI on Samsung Pay will be facilitated through Axis Bank, said the official press release.

With the launch of UPI on Samsung Pay, users can create their unique virtual addresses @pingpay enabling them to make seamless bank to bank transfers.

"A unique benefit of enabling UPI on the Samsung Pay app is the integration with the users’ address book which then identifies existing @pingpay accounts on the contact list. @pingpay is the UPI handle assigned to Samsung Pay," the release said.

Commenting on this partnership, Sanjay Razdan, Director, Samsung Pay Business, Samsung India, said, "“We are extremely delighted to announce the integration of Samsung Pay with UPI for our consumers. Samsung supports the Government’s vision to drive India towards a digitally empowered economy and through Samsung Pay we enable our consumers to make payments using our smartphones. Samsung Pay is simple, secure and accepted almost everywhere."

Dilip Asbe, Chief Operating Officer, NPCI, said, “We are excited to magnify UPI’s reach by going live on Samsung Pay. This initiative will surely contribute towards assisting our objective of providing convenience and safety to the customers while they make payments."

Rajiv Anand, Executive Director - Retail Banking, Axis Bank, “Samsung Pay is a simple and secure way to pay using the existing PoS network. The addition of UPI to Samsung Pay in association with NPCI, makes it an even more powerful proposition for customers to transfer money and make payments."

Here's how you can launch Samsung Pay:

1. To launch Samsung Pay, a user needs to swipe up on an eligible Samsung Galaxy smartphone.

2. select the card, authenticate using a fingerprint or PIN and bring the phone near the Point of Sale terminal.

4.Through MST, Samsung pay will work seamlessly on a majority of PoS terminals in India.