Roy was ordered to deposit the money by September 15. 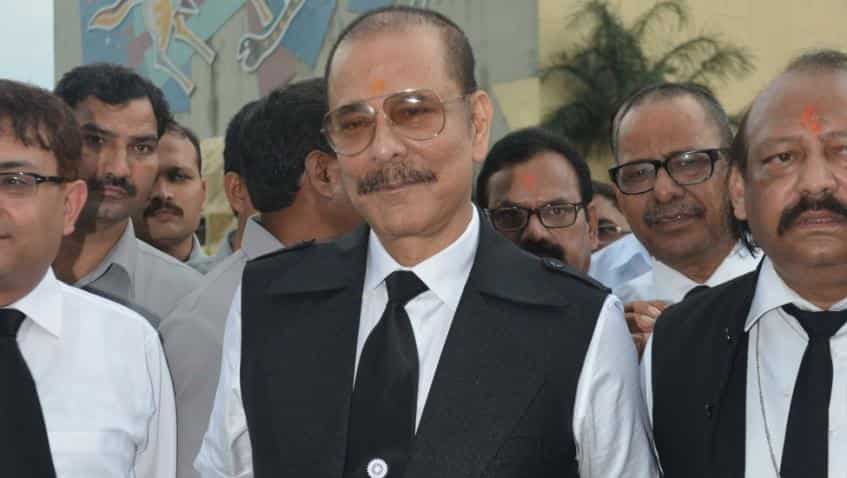 Roy was granted parole on May 6 after his mother passed away on May 5. Photo: IANS
Written By: ZeeBiz WebTeam
RELATED NEWS

Sahara chief Subrata Roy, on Friday, told the Supreme Court that he was ready to pay an additional Rs 300 crore but thta should be adjusted with the bank guarantee, PTI reported.

ZeeBiz had reported on August 3 that the apex court had extended Roy's parole till September 16, 2016, on the condition that the company deposits Rs 306 crore. Roy was ordered to deposit the money by September 15.

At the time, a bench of Chief Justice T S Thakur, Justice Anil R Dave and Justice A K Sikri, gave the Sahara chief time till September 15 to deposit the money, orally observing that failing this he will be sent back to the Tihar jail.

"It goes without saying that you will go back (to jail) if you don`t deposit Rs 300 crore," Chief Justice Thakur observed as Kapil Sibal, appearing for Roy, urged the apex court not to say in its order that default in depositing Rs 300 crore would result in the return journey to jail.

Subrata Roy, his son-in-law Ashok Roy Choudhary and Dubey, who are now on parole, were sent to judicial custody to Tihar jail on March 4, 2014, for the failure of Sahara group`s two companies -- Sahara India Real Estate Corporation (SIRECL) and Sahara Housing Investment Corporation Ltd. (SHICL) -- to comply with the court`s August 31, 2012, order.

The top court, by its August 31, 2012, order had directed the SIRECL and SHICL to return the investors` Rs 17,600 crore with a 15% interest that they had collected through OFCDs.