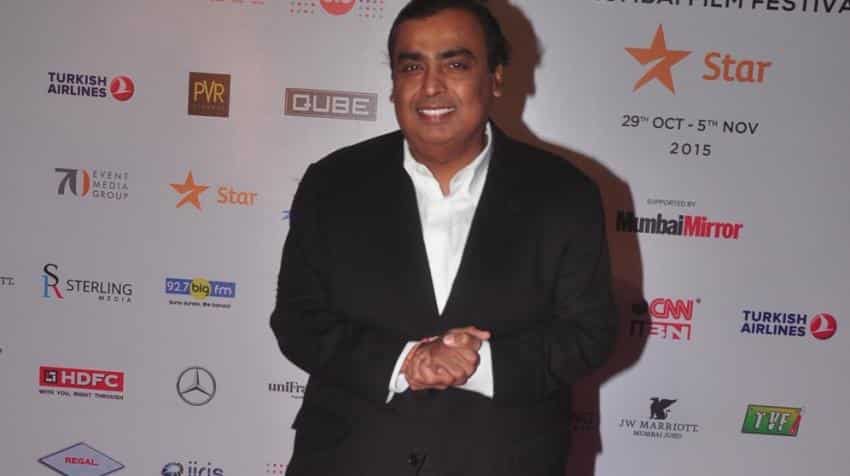 RJio also stated that these issues were private issues of the board and should have been addressed within the association. Mukesh Ambani, Managing Director of Reliance Industries Limited. Image Source: IANS

Reliance Jio (RJio) on Wednesday threatened to sue Rajan S. Mathews, Director General of COAI stating that his earlier comments about the company were surreptitious, defamatory, devoid of any merit and an act of contempt of the orders of the Supreme Court.

In an NSE filing, the company issued a media release to the director of Cellular Operators Association of India (COAI) for his earlier statement in an open letter that labelled RJio as a ‘back door operator.’

“The allegations of Sh. Rajan S. Mathews in the press statement to the effect that RJIL entered the sector as a 'Back Door Operator' are on the face of it defamatory and borders on contempt of the orders of the Hon’ble Supreme Court.

RJIL has already put Sh. Rajan S. Mathews on notice demanding apology for issuing the press statement, with copy to COAI seeking appropriate action against Sh. Rajan S. Mathews, and should they not act upon it, RJIL will pursue legal recourse with full vigour,” RJio said.

The company stood by its earlier letter dated September 23, which called out the ‘skewed’ regulations of the board that favoured the ‘de facto’ incumbent telecom operators which they said were Bharti Airtel, Vodafone and Idea.

RJio also stated that these issues were private issues of the board and should have been addressed within the association.

The company stated that the board was biased toward these operators as all the forums within the association were controlled by the incumbent operators owing to their disproportionate voting rights.

In their earlier letter the company had specified instances of involvement of the director general in the flagrant misuse of COAI by the incumbent operators.

Zee Business had earlier reported on COAI’s reactions to RJio’s open letter labelling their allegations against the board as slanderous and mischievous along with stating that Reliance Jio was presented with the Constitution and By-Laws of the Association, and did not raise any issues at that time.

Replying to the board’s comment on RJio being aware of the regulations and not raising any issues at the time of initiation into the sector the company said, “While RJIL (Reliance Jio Infocomm ) was indeed aware of the extant COAI’s regulations at the time of becoming a member, RJIL cannot be restrained to raise its genuine and fair concerns, especially and more so, when the incumbent dominant operators are colluding to use the very same COAI regulations against RJIL to promote their anticompetitive activities.”