''Jio, which stormed into the sector in 2016 by offering free voice calls and dirt cheap data on mobile phones, is reporting net profit and a positive return on invested capital was due to "non-standard depreciation metrics" and subsidies on selling bundled JioPhones being booked through Reliance Retail'' 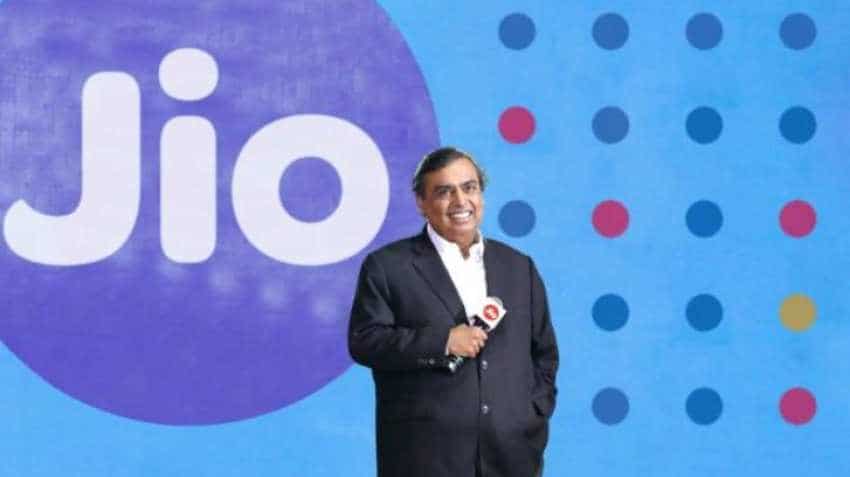 Last year we acknowledged the inevitability of Jio's drive to become the number one operator in India, in both subscribers and service revenues. PTI

Billionaire Mukesh Ambani's telecom venture Reliance Jio will this year become India's No.1 telco in terms of both subscriber base and revenue, brokerages Bernstein and Credit Suisse said in separate reports Tuesday. Jio, which stormed into the sector in 2016 by offering free voice calls and dirt cheap data on mobile phones, is reporting net profit and a positive return on invested capital was due to "non-standard depreciation metrics" and subsidies on selling bundled JioPhones being booked through Reliance Retail, Bernstein said.

"Our high-level attempt to normalise these factors points to a potential loss of Rs 15,000 crore in FY2019. Far worse than Bharti's or Vodafone Idea's," it said.

Jio using non-standard depreciation and amortisation has been reported previously as well and the regulators have found nothing wrong with such a reporting.

Bernstein said it is making this point only to highlight that Reliance will ultimately want to make a positive return on its investment which will require a reduction in handset subsidies and a boost in subscriber revenue.

"We expect average revenue per user (ARPUs) to eventually start to rise to enable this," it said.
Competitors Bharti Airtel and Vodafone-Idea are not being irrational by not following Jio down the subsidy path.

"Over the next 12 months we expect Jio to reach number one on both subscriber and service revenue metrics," it said. "Having achieved this goal, we question whether they continue to focus on taking share? Or move to the next phase of their strategy ? emphasizing greater subscriber monetisation?"

It was of the opinion that the possibility of greater monetisation (ARPU upside) could start in FY20/21.
Vodafone Idea had 387 million subscribers at the end of the third quarter of current fiscal while Airtel had 284 million. Jio had 280.1 million.

In a separate report, Credit Suisse said industry numbers for December 2018 quarter show Jio inching up close to Vodafone and Bharti on revenue market share. "All three telcos are now within a narrow 3 percentage point band of market shares around the 30 per cent mark."

Of the 14 percentage point market share gained by Jio in the last 12 months, the largest chunk has come from Vodafone-Idea (500 basis points), followed by Bharti (400 bp).

"That this is happening in an industry with stagnant revenues, highlights the top-line pressures for incumbents," it said.

Jio, it said, is No.1 or No.2 in 18 out of 22 telecom circles or zones. "The only reason for its No.3 position nationwide is that the performance in the remaining four circles drags down overall numbers."

"We believe the ongoing market share momentum for Jio (110-120 bp every month) should result in Jio breaking into top 2 (or even No.1) in the next couple of quarters," Credit Suisse said. "However, we suspect the competitive intensity could continue much longer if Jio is serious about the stated target of 50 per cent market share. We retain our cautious stance."

Stating that the subscriber exodus has been drastic following the introduction of minimum monthly recharge requirements, Bernstein said Bharti had disclosed that it had about 100 million low spending customers (less than Rs 35 per month) and it is estimated that the number for Vodafone Idea to be higher (around 150 million).

"Bharti disclosed subscriber losses of about 45 million in the last quarter and Vodafone Idea reported a decline of 35 million. We estimate that a further 37 million will exit or leave the operators over the next quarter, with Vodafone Idea recording the larger impact, as they introduced the minimum recharge plans later than Bharti and used a phased approach across the country," it said.

As has been written previously, Jio has been using a 'non-standard' approach to depreciation and amortisation (D&A) by using 'unit of production' accounting.

"If we attempt to normalise D&A based on total fixed assets, the quarterly charges would jump by Rs 4,700 crore and would result in a quarterly net loss of Rs 2,250 crore.

"Moreover, the highly subsidised JioPhone continues to drive Jio's subscriber acquisition numbers. We believe this is what explains the growing proportion of Jio's net additions coming from rural areas of India," it said.

An estimated 5 million net adds a month are explained by Jio feature phones (starting from July of last year with the introduction of the 'Monsoon Hungama' promotion).

"If true, this represents a further investment totaling Rs 7,200 crore. These costs are borne by Reliance Retail and so are not visible in the Jio P&L. Had they been fully expensed upfront on Jio's P&L we would have seen further costs in the order of Rs 1,780 crore for the quarter.

Taken together, Jio's reported profit of Rs 830 crore could actually reflect a loss of Rs 3,800 crore for the quarter.

This is much worse than Bharti (Rs 630 crore) but still slightly better than Vodafone Idea (Rs 4,430 crore). Absent the subsidy expense it still would have been a loss of Rs 2,250 crore.

"Last year we acknowledged the inevitability of Jio's drive to become the number one operator in India, in both subscribers and service revenues.
From a global perspective this is an astonishing accomplishment, the likes of which we have never been seen before," Bernstein said.

This, however, has come at a very high cost - Jio's invested capital reaching Rs 2.6 lakh crore and net subsidies on JioPhones totaling a further Rs 72,000 crore.

"The subsidies are carried by Reliance Retail (a related company part of Reliance Industries) and so are not visible on Jio's profit and loss account," it said.