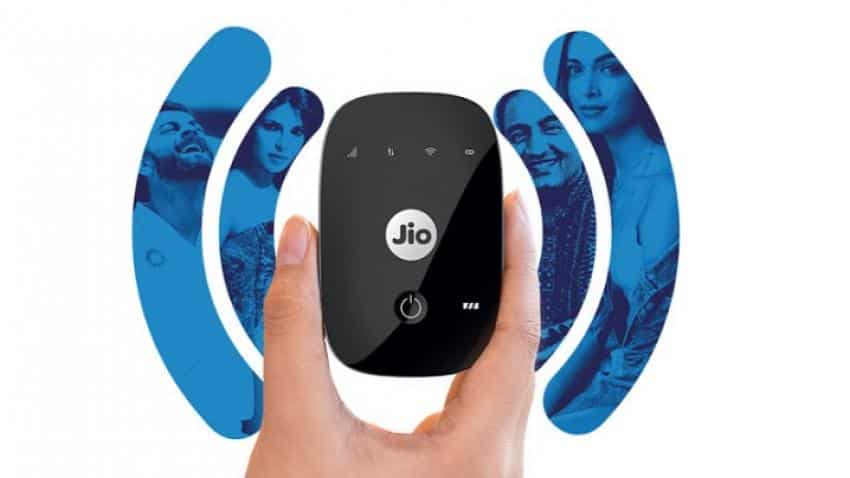 Woes of a depressed quarter due to free calling and major discounts was anticipated by the industry however Care Ratings analyst pointed out that sales of these nine telcos declined 1%. Representational image of Jio Wi-Fi. Image Source: Company website
Written By: ZeeBiz WebTeam
RELATED NEWS

In three months of its launch, new entrant Reliance Jio that lured in its customer base with freebies pulled down the sales of nine telecom companies in the December 2016 quarter.

Woes of a depressed quarter due to free calling and major discounts was anticipated by the industry however in a report dated April 3, Care Ratings analyst pointed out that sales of these nine telcos declined 1%.

“The aggregate sales of nine telecom companies that grew in single-digit in each of the quarters during June 2015 quarter to September 2016 quarter declined by 1.1% in the December 2016 quarter,” Madan Sabnavis  and Bhagyashree Bhati, analysts of Care Rating said. 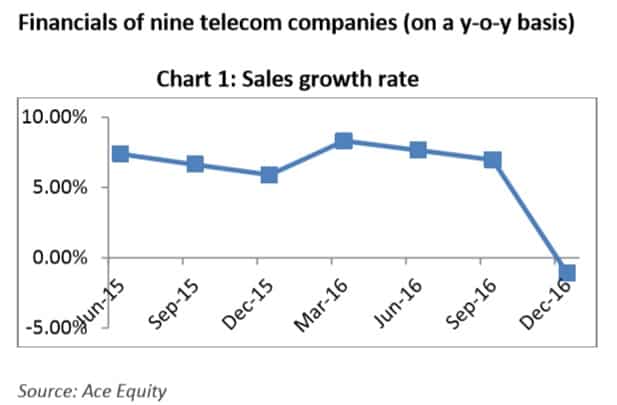 While its subscribers were enjoying the huge discounts on data packs and free calling showered on them by the telcos the report added that profitability of the industry during the quarter remained subdued.

“The industry’s operating margin stood at 28.43% and net margin stood at 0.34% in the December 2016 quarter. The profitability reported by the industry was weakest compared to each of the past six quarters,” Care Ratings analysts said.

Idea Cellular in the third quarter reported a consolidated net loss of Rs 385.5 crore while Bharti Airtel’s profit dropped 55% to Rs 503.7 crore as industry average revenue per user (ARPU) came under pressure on the back of free calling.

The company that accelerated the push from charging data and voice separately to one bundled data plan also played a part in pushing for higher data packs in the market.

Also Read: How Reliance Jio bundled the telecom sector into 'one plan'

“…the new norm of bundled voice and data packages is expected to increase the Average Revenue per User (ARPU) of telecom companies in the coming years,” Care Ratings said.

As we entered into the new financial year Jio that was not ready to let go of its freebies yet launched its Summer Surprise offer that will offer complementary services to Jio Prime subscribers only till June.

To be eligible for the offer customers would have to pay a minimum of Rs 303 monthly tariff plan along with Rs 99 for Jio Prime membership.

“With this new offer, Reliance Jio will continue to give tough competition to the telecom operators. Nevertheless, going forward, we expect the growth in data usage by subscribers to drive the telecom industry’s growth,” the report added.