"Led by POI congestion, the benefits of superior voice technology have also been denied to Indian customers despite RJIOs state-of-art-network roll-out,"  it said in the statement. 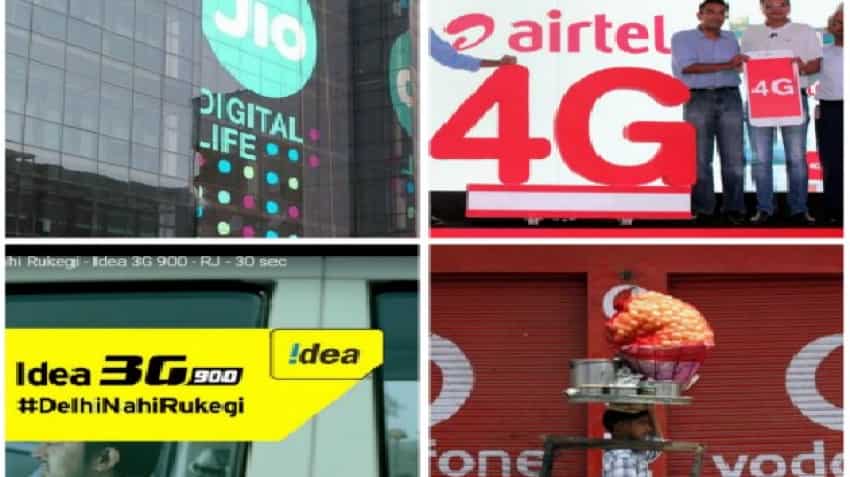 Ambani spoke about the friction it was facing with other telcos over the issue of interconnections. Photo: Reuters/IANS/Youtube

Reliance Jio stood by its word and shook things up in the domestic telecom sector with its launch, by announcing the "cheapest-ever mobile data tariffs".

Even before the Mukesh Ambani-led company rolled out the full set of its services, the telco had managed to woo nearly 1.5 million users to its network.

However, the new player has already managed to rile up its rivals, and the non-governmental Cellular Operators Association of India (COAI), which it is also a part of.

Here's what has happened so far:

Analysts consistently warned the domestic telcos ahead of RJio's launch, that the venture was set to disrupt the telecom sector.

India Ratings said,”RJio could hurt the voice tariffs and average revenue per user (ARPU) of existing operators as well as push them to match the pricing, in a bid to protect their market share.”

Bharti Airtel, Idea Cellular, and Vodafone India were engaged in a price war even before RJio was launched. To retain its customers, Bharti Airtel slashed its 4G and 3G data charges by 80% on August 30.

This wasn't the first time that Airtel had felt compelled to offer better rates. Earlier in the year, Airtel announced 67%  more data under its existing 4G and 3G schemes. Idea Cellular and Vodafone soon followed suit.

On September 1, during Reliance Industries' annual shareholders' meet, where Ambani made "ground-breaking" announcements about Jio and its tariffs and other offers, along with a formal September 5 launch date, rival telcos saw their market value shrink by over Rs 16,000 crore in one trading session.

Reliance's alleged "beta testing" period raised a lot of eyebrows, with the COAI raising a red flag saying that the government was being denied rightful revenue by Jio's beta testing. It was basically full commercial operations without the need to pay revenue to the exchequer, COAI told Trai and the Prime Minister's Office.

In the same speech, Ambani spoke about the friction it was facing with other telcos over the issue of interconnections.

Ambani said the telcos were not fair on the interconnection front during its beta testing period.

The telcos had denied extra interconnection points to Jio saying that the traffic imbalance emerging through the new player's network was harming their networks.

After recent discussions between the COAI, the Telecom Regulatory Authority of India (Trai), and Reliance Jio, there seems to be some semblance of truce.

Idea Cellular put the first foot forward, by offering additional ‘Point of Interconnection', which was followed by Bharti Airtel and Vodafone.

However, Rjio says that the number of point of interconnection proposed by incumbent operators will not be enough.

Highlighting the urgency, and speaking about the impact it was having on its services, RJio said, “No action was taken for the last several weeks, resulting in non-compliance of TRAI regulation on quality of service which mandates that POI congestion should not affect more than 1 call in every 200 calls made.”

The situation got so bad that nearly 75 out of 100 calls made from Jio were failing. While over 80 calls out of 100 made over Vodafone's network had failed, the company said.

Reliance Industries in a statement said, “Over 52 crore calls have failed cumulatively for RJio on the networks of the three incumbent operators viz. Airtel, Vodafone India Ltd and Idea Cellular Ltd."

"Led by POI congestion, the benefits of superior voice technology have also been denied to Indian customers despite RJIOs state-of-art-network roll-out,"  it said in the statement.

Another problem that Jio faces is over the mobile number portability facility.

In a letter to Trai, RJio said, ”The company, vide letters dated September 2, sent individually to Bharti Airtel, Idea and Vodafone, who are the incumbent dominant operators, informing them that Jio would be commencing its service from September 5.”

In spite of being under legal and contractual obligation, to port numbers after a valid request being made, the IDOs have still rejected all the requests of Jio made for porting between September 5 – September 12, the letter said.

Rjio said, ”It has caused enormous and irreparable damage to RJIL as potential customers may decide not to subscribe to Jio's services owing to the lack of MNP facility. The Jio has duly completed its MNP testing and was certified as MNP compliant by telecom enforcement, resource and monitoring cells of all service areas in June."

It seems like the battle is just getting heated up and it may be a while before the telcos sort out their differences with Reliance Jio.

How RJio settles the issues with its rivals, will be keenly watched.

Investment opportunities in space cooling to be $1.5tn by 2040 in India: World Bank report