Snjay Bahl, Group CFO at Raymond says it was a satisfying year for Raymond in both segments, branded textile and apparel, as revenues, margin and profitability have gone up. 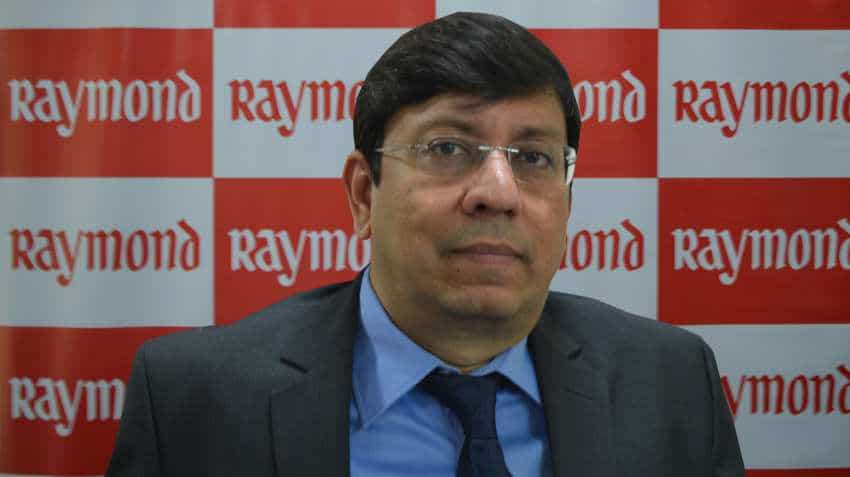 Raymond board has approved our proposal of developing a residential project on a plot spread on a 20-acre land.

It was a satisfying year for Raymond in both segments, branded textile and apparel, as revenues, margin and profitability have gone up, says Sanjay Bahl, Group CFO, Raymond. He also threw light on the company’s quarter results, segmental growth, CapEx and real-estate business during an interview with Swati Khandelwal, Zee Business. Edited Excerpts:

Tell us about the segmental growth in apparel, garments and textiles?

First I will like to provide a quick highlight of the quarter where our revenue has grown by 11 per cent and total profitability has grown by 25 per cent. Similarly, our revenue has grown by 11 per cent in the year as well and the EBITDA went up to 29 per cent and the net profit was up by 25 per cent. So, it was a satisfying year for both, branded textile and branded apparel. If we look within the segments, then branded textile has grown by 9 per cent whereas the branded apparel segment has grown by 17 per cent. Both of these segments have performed well. But, a margin impact of 100 bps on the textile front was felt this year due to wool prices, which went quite high. Apart from this, the wage-settlement put pressure on the company as it was a one-time cost for us. Later, we increased our prices and its benefit can be seen in this year due to the lack of one-time cost in the business. Hopefully, this, price hike, will help us in restoring our margins this year and reap its benefits. When it comes to branded apparel then its margin stood at 7 per cent in the fourth quarter and it was quite encouraging for us because our revenue has been marching ahead for last eight quarters, and this time we had the target of improving our profitability in the segment. And, we posted an EBITDA margin of 4.2 per cent this year against 1.6 per cent reported in the same quarter of the last fiscal. The journey will continue from here.

Update us on the CapEx for this quarter and the ongoing year?

We follow asset light expansion strategy and have a target of keeping our CapEx below depreciation and have achieved it last year. In fact, record 283 stores were opened last year of which 95 per cent were franchise stores. So, asset-light expansion strategy is going well. We have control of the CapEx, which stood below Rs250 crore in the last fiscal. In addition, we will have a consolidated CapEx, across all business, of around Rs200 crore in the fiscal and will continue with the asset-light expansion strategy. This will bring capital efficiency in the business and in return will improve our RoC, which went up from 8.9 per cent to 11.3 per cent last year and we have plans to take it to 13.5-14 per cent this year.

Raymond has announced a big real-estate project in recent past. Can you please provide some details, opportunities, size and timeline of the project and by when its results can be seen on your balance sheet?

The real-estate project was announced last year (in 2018). The board has approved our proposal of developing a residential project on a plot spread on a 20-acre land. The project will be developed by Raymond itself and we have received all the needed approvals for the project. Interestingly, a soft-launch of the project, which was announced in the last quarter of the last fiscal, has garnered a good response. The project will be developed in two phases and the first phase will see the construction of 10 towers spread over 14 acres. Interestingly, almost 400 bookings have been completed in three towers whose bookings were announced in the recent past. Response to soft launch in encouraging us and the formal launch will be announced in the first week of May 2019 and it is expected that its sales velocity will be a good one. And the momentum is here to continue as our product, which is a 2bhk flat is value for money and is in the best location. The project will be completed in five years and we will not have to go for any additional debt for the project as it will be largely funded by through revenue being generated by itself, which means, we will have a good cash flow for the project.