In a major development, senior bureaucrat Rajiv Bansal on Monday took charge as Chairman and Managing Director of Air India. 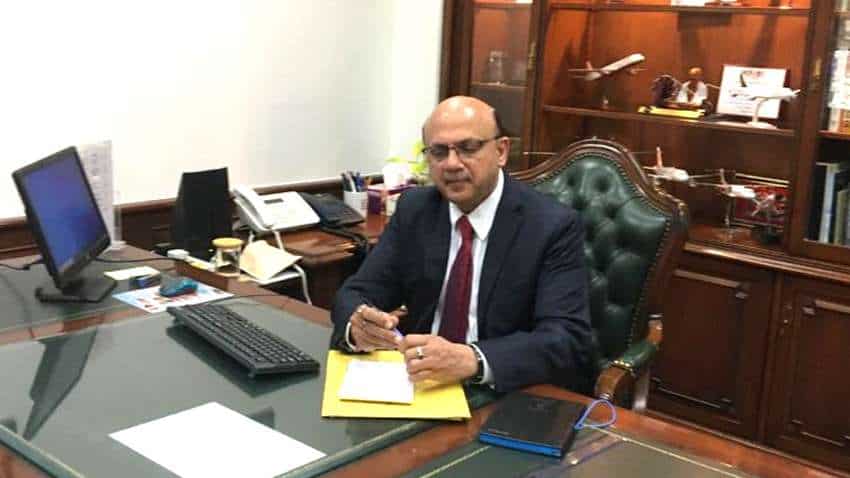 NRIs can own up to 100 pct stake in Air India; DPIIT notifies decision

Air India may cut salaries by 5 pc, amid coronavirus concerns

In a major development, senior bureaucrat Rajiv Bansal on Monday took charge as Chairman and Managing Director of Air India. Rajiv Bansal has taken charge of the carrier at a time when Air India divestment process is on and the government is hopeful that by March 2020, Air India will get a bidder. While taking charge as the CMD of Air India CMD, Bansal said, "The challenge for us is big...but no challenge is too big if we have the right will." He added, "We will keep up the josh".

He concluded, "Air India has done well in the past, it has played an important role for national cause and we will try to continue to it".

After successfully heading Air India for three months in 2017, senior bureaucrat Rajiv Bansal was on Thursday appointed for the second time as the chairman and managing director of the national carrier, according to a Personnel Ministry order. He replaces Ashwani Lohani, who completed his one-year extended tenure on Thursday.

Bansal is a 1988-batch IAS officer of Nagaland cadre.

The Appointments Committee of the Cabinet has approved his appointment as the CMD of Air India in the rank and pay of additional secretary, the order stated, without mentioning further details.

Bansal was in August 2017 named as Air India's interim CMD for three months. He had then replaced Lohani, who was appointed chairman of the Railway Board after completion of his two-year stint. During Bansal's three-month tenure, Air India launched services to Copenhagen, among others. He also initiated various steps to reduce costs and improve on-time performance of flights.

Lohani, a 1980 batch officer of the Indian Railway Service of Mechanical Engineers, was in February last year appointed Air India's CMD for the second time for a one-year tenure. He had retired as the Railway Board chairman in December 2018.

NRIs can own up to 100 pct stake in Air India; DPIIT notifies decision

Air India may cut salaries by 5 pc, amid coronavirus concerns