With the confusions around the newly implemented GST retailers have raised concern over billing and other problems. 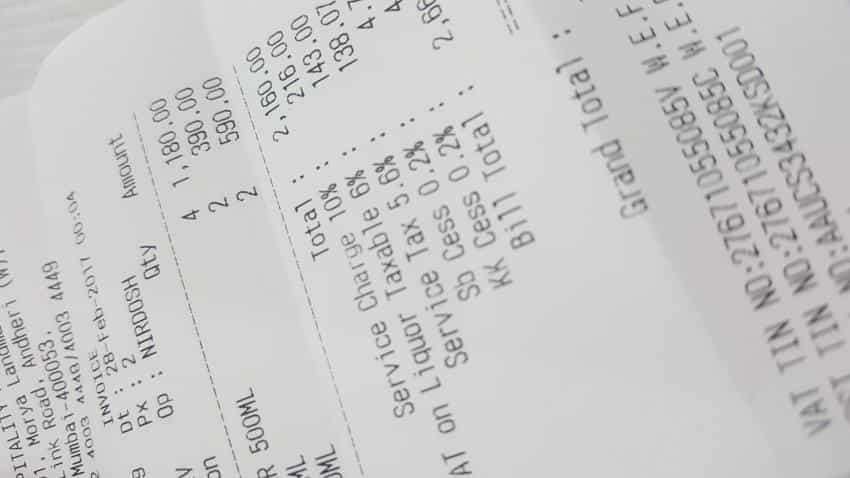 Nearly three weeks after the government flagged off the Goods and Services Tax (GST) regime there have been a few teething issues with the tax reform.

Retailers Association of India (RAI) on Thursday said it had written another letter to Finance Minister, Arun Jaitley over the confusions related to the one nation, one tax rule.

Messages have been going around via social networking sites that if a product’s MRP has ‘inclusive of all taxes’ on it then why are retailers charging GST. This issue was brought up by RAI CEO, Kumar Rajagopalan in a letter dated July 14.

“Considering that all ‘Retail Rates’ are at MRP inclusive of all taxes, the direction to now print prices with breakup of taxes, is confusing the consumers,” the letter to Jaitley read.

“We request that retailers be allowed to issue Retail Cash Memo which has details of all articles sold and Net Price including GST realized for each article. All prices billed will be inclusive of total GST,” the letter read.

A letter to the Finance Ministry from the Retailers Association was sent in the month of June.

An 18 member National Council of RAI comprised of major brands in the Indian retail industry was cited in the letters.

Here is the full text of the letter:

We, at RAI are appreciative of the government’s effective steps for transition to GST.

However there are some aspects of GST regime, which are causing a lot of challenges in B2C (at Retail Point of Sale). We are specifically referring to the prescribed “sale invoice” format for Point of Sale (B2C) “Retail Cash Memo”. Almost all sales done at retail stores are for end consumption.

The GST rules define that, it is mandatory to mention GST rates and HS code for each article sold and provide tax details for each line item.

Considering that all “Retail Rates” are at MRP inclusive of all taxes, the direction to now print prices with breakup of taxes, is confusing the consumers.

The new billing format for B to C invoices have the following issues :

1. Confusion about final prices :Customers are being subjected to invoices that contain item level ( line level) taxes in their Retail Cash Memo, although they only want to verify that they have been charged the MRP, which is inclusive of all taxes. The new format is causing a lot of challenges at retail stores, each customer seeking to understand the bills in detail with so many more details for customers to verify. The breakup make the numbers very difficult for customers to understand. Globally Retail Cash Memo’s are presented at prices inclusive of all taxes and tax breakups are not shown.

2. Perception of paying high taxes : Customers are only concerned with MRP inclusive of taxes. When these customers are being shown a backward calculation of tax, they perceive that taxes are being charged extra. In most cases they think that GST has increased the prices as the government is charging “so much tax”. In the past, Central levies & state levies were included in price & no break up was shown to customer. Even though prices have gone down or remained same, the breakup of tax is causing anguish. Many believe they are being charged additional tax, as reported in press and social media.

3. Lenghty “Retail Cash Memo” : Each item now requires 3-4 lines on a POS Roll (all retail stores have receipt printers, which can only printed 40 character per line), with the new requirement to show all 3 taxes breakup + HSN Code, each article now is printed across 3-4 lines. Thus overall the “Retail Cash Memo” has now become 3 times the length of the earlier retail memo. This measure is not environment friendly as there is a significant increase paper consumption. Also the compliance costs will go up 3 times. We are attaching some samples of Retail Cash Memo being printed by various retailers.

4. Customer confustion about same item with different GST rates :In some cases, bills contain similar items (Same HSN Code) with multiple GST rates (Apparels & Footwear, Several FMCG & Packaged products (branded & unbranded). With different tax rates being printed against each item even though they are the same HSN Code, customers are complaining they are charged higher taxes, which is not the case.

We are attaching invoices of retailers during the VAT laws and are also giving samples of current invoices for your reference. We are sure that this would help your office to take immediate decision to simplify B to C invoice format under GST.

Submission: We request that retailers be allowed to issue Retail Cash Memo which has details of all articles sold and Net Price including GST realized for each article. All prices billed will be inclusive of total GST. The need for individual item tax details and HS codes can be done away with for all intra-state retail sales (B2C), this exemption would be required for all retailers without any cap on sales turnover. If required, the total GST collected in the Retail Cash Memo, can be shown as a summary. All details of tax collected at item level will be available for GST returns.

Further, since retail bills are computer generated, there need not be a requirement to sign every bill . We would be willing to work with the government to ensure compliance without sacrificing customer convenience.

Looking forward to an immediate resolution .