Infosys had earlier classified its subsidiaries Kallidus & Skava (together referred to as "Skava”) and Panaya as “Held for Sale”. 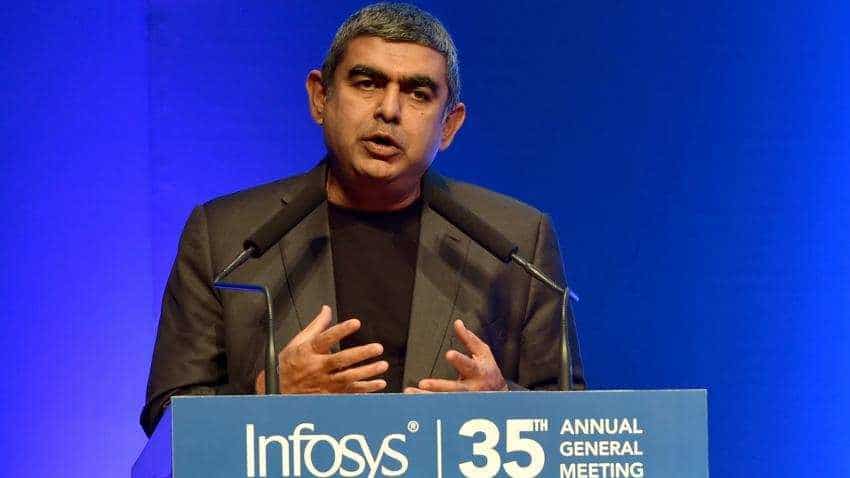 While posting nearly 30% drop in consolidated net profit during December 2018 (Q3FY19) quarter, IT major Infosys also revealed their lost hope for selling Panaya and Skava deal which entered the company during former-CEO Vishal Sikka's legacy. The recorded consolidated net profit declining by a massive 29.61% to Rs 3,610 crore compared to Rs 5,129 crore witnessed a year ago in the same period. Salil Parekh, since this term in Infosys began, has been trying to sell Panaya and Skava assets.

In its Q3FY19 financial audit report, Infosys said, " During the quarter ended December 31, 2018, based on the evaluation of proposals received and progress of negotiations with potential buyers, the Company concluded that it is no longer highly probable that sale would be consummated by March 31, 2019. Accordingly, Panaya and Skava have been de-classified from “held for sale” in accordance with the requirements of IFRS 5."

Infosys had earlier classified its subsidiaries Kallidus & Skava (together referred to as "Skava”) and Panaya as “Held for Sale”.

On de-classification, Infosys recognized additional depreciation and amortization expenses of $12 million and a reduction of $65 million in the carrying value for Skava.

The impact of the same on the Basic Earnings Per Share was a decrease of $0.02 for the quarter ended December 31, 2018.

Since April 2018, Parekh has announced plans to sell Sikka's legacy Panaya and Skava. These two Sikka deals have given nightmares to Infosys, and also Q2FY19 faced heat from it.

In Q2FY19, Infosys informed that "During the three months ended June 30, 2018, on remeasurement, including consideration of progress in negotiations on offers from prospective buyers for Panaya, the Company has recorded a reduction in the fair value of Disposal Group held for sale amounting to $39 million in respect of Panaya."

Infosys in February 2015, announced the acquisition of Panaya for a value of $200 million. Before the acquisiton, Panaya was in crisis and was on verge of shutdown, after many waves of layoffs were carried out by the company. Between 2013 and 2014, Panaya laid off more than 25% of the company's employees. Also, Panaya shutdown its Israeli-based sales development segment and moved them to Boston and the United Kingdom and replaced their CEO.

The controversy over Infosys' acquisition of Panaya was sparked when questions were raised over a massive severance package for former CFO Rajiv Bansal.

Infosys Q1 Results: Brokerages maintain mixed stance on IT major's stock despite guidance raise; share drops 2%— What should investors do?