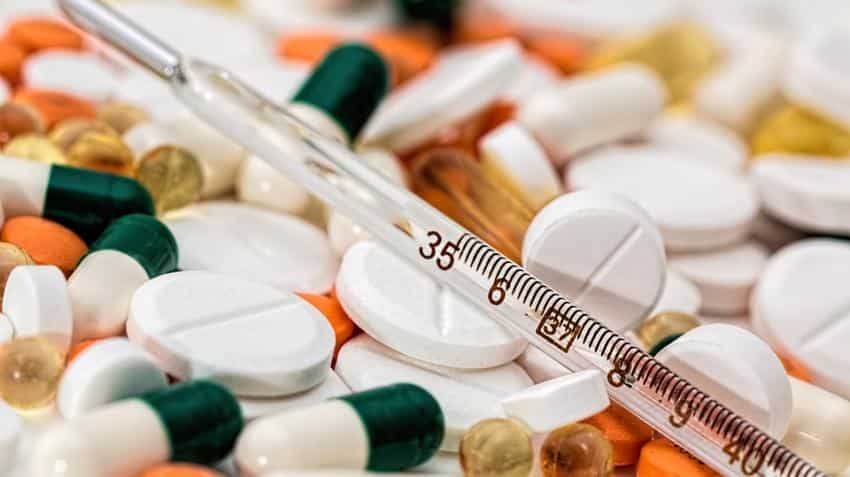 Drugs to cure malaria, HIV-AIDS, tuberculosis, and diabetes will be taxed under 5% GST up from the current 4% bracket. Image Source: Pixabay
Written By: ZeeBiz WebTeam
RELATED NEWS

It has been a long and dreary quarter for pharmaceutical companies in Q4 wherein most posted a decline in net profit and things are not looking too good for the Indian pharma companies in the first half of FY18 as well.

The depressed quarter owed to price erosion and shift in the mechanics of the US business, as pointed out by Amey Chalke and Siddhant Mansukhani, analysts of HDFC security, in a report dated June 3.

Sun Pharma’s profit dropped 13.6% to Rs 1223.71 crore on the back of weaker quarter witnessed by its overseas arm - Taro who reported 26% decline in profit. Aurobindo dropped 4% to report a profit of Rs 532 crore and Cipla’s net loss narrowed to Rs61.79 crore as net sales during the quarter rose 7.2%.

“FY17 ended up being a confluence of negatives, especially for SUNP, DRRD and CDH. These companies did not receive significant product approvals, and hence had limited power to deal with the base business erosion,” the report said.

However, the sad saga will continue with Indian companies like – Alkem Laboratories, Torrent Pharmaceuticals and Cipla the analysts said.

Drugs to cure malaria, HIV-AIDS, tuberculosis, and diabetes will be taxed under 5% GST up from the current 4% bracket.

“Companies focussed on the domestic market like ALKEM, TRP and CIPLA will experience some difficulties in 1HFY18, owing to the impending GST implementation and resultant channel disruption,” HDFC report said.