The accounts that turned up to be an NPA account and added to the slippage in this quarter include Jet Airways. Besides, the retail, agriculture and MSME (RAM) has a contribution of around Rs3,000 crore to the slippage of the quarter. Thus, total slippage stands around Rs11,000-12,000 crore in the first half of the year. 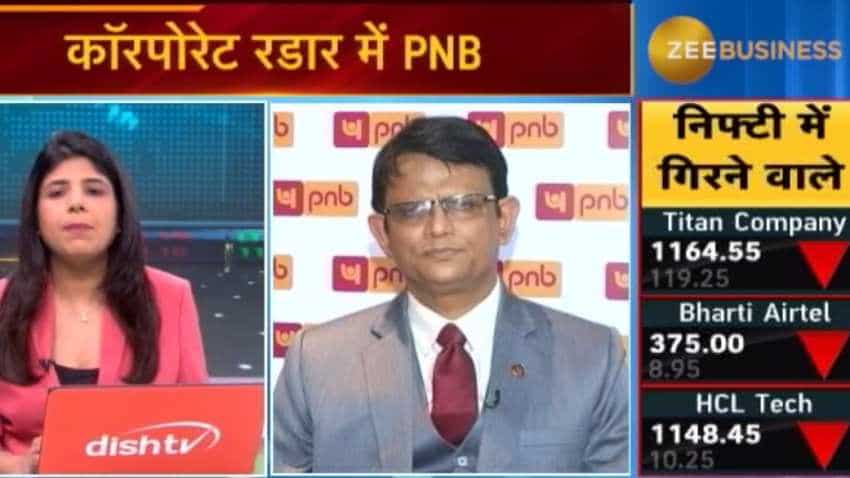 SS Mallikarjuna Rao, MD & CEO, Punjab National Bank, talks about the September quarter results, expectations for next two quarters and resolution status of NPA accounts among others during an interview with Swati Khandelwal, Zee Business.

Q: Pressure has been felt in the asset quality in the September quarter results. What are the key concern areas of the bank at present?

A: September quarter results have been declared and reported fresh NPA slippage of around Rs7,300-7,400, which constitutes of 10 major accounts that have a contribution of around Rs4,000 crore. The accounts that turned up to be an NPA account and added to the slippage in this quarter include Jet Airways. Besides, the retail, agriculture and MSME (RAM) has a contribution of around Rs3,000 crore to the slippage of the quarter. Thus, total slippage stands around Rs11,000-12,000 crore in the first half of the year. For the overall year, I think we will be able to restrict it to Rs19,000 crore, however, recovery and reduction of the NCLT accounts will bring around Rs11,000 crore to us in the second half of the year. So, our guidance for recovery and reduction stands at around Rs24,000 crore in the full year and have recovered around Rs6,500 crore in the first two quarters of the financial year. Thus, we expect reduction and recovery of around Rs16,000-17,000 crore - of which Rs11,000 crore will come through NCLT - in the second half of the year. This will help us in reducing the percentage of gross NPA and there will be an improvement in the net NPA.

Q: Update us about the deposit and credit growth in the quarter?

A: Credit growth will stand between 8-10% by March 2020, but, credit growth position in the September quarter has been a negative one when sequentially compared to March. However, on year-on-year (YoY) comparison has been a positive one. It has been negative because some of the major advances that have been sanctioned from our end has not been utilized but we hope that they will be utilized by December. Besides, our retail growth is going well and has grown by almost 18% by the end of September, while housing loan has grown by almost 27%. And, we have hope that the retail growth will stand at 18% by March 2020. However, the retail composition will not have such a huge contribution to the overall credit growth as they can bring the growth of around 2-2.50%. But, we have certain proposals in the mid-corporate segment and they are in line and we expect that they will reach the disbursement stage by March 2020. Keeping these issues in mind, we have provided guidance on credit growth of around 8-10% by March 2020.

Q: Tell us about the resolution status of some accounts like DHFL, Jet Airways and how much pain is left from these accounts in future quarters. Also, name the sector that raises concern at your end?

Q: Update us on stake sale of PNB Housing Finance which has been in talks for a long time. Do you think that you will be able to push it further or you are facing certain regulatory hurdles in the process?

A: No, we are not facing any regulatory hurdles. And, PNB Housing Finance is doing well and have posted good quarterly reports in the recent past. However, they need capital and for the purpose, they may go for QIP. Their efforts are on and Punjab National Bank will help them in almost everything except on the capital part. I feel that their problems will come to an end and they will be able to raise the funds.