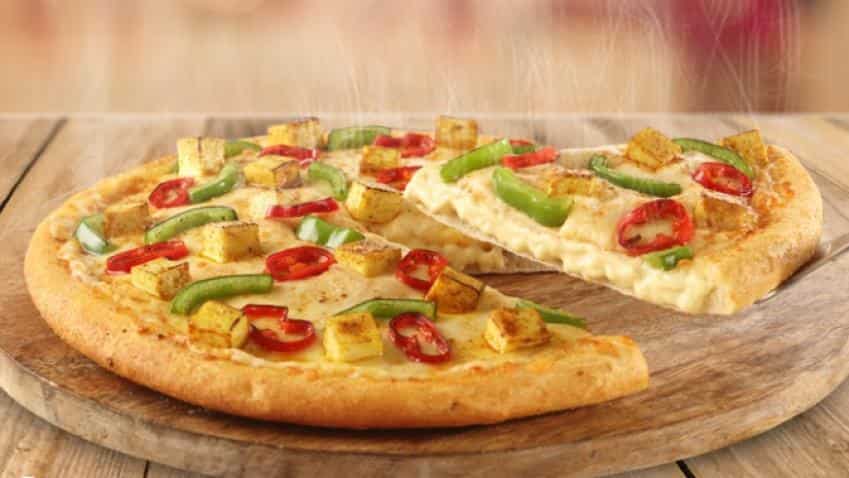 Domino’s on Tuesday announced plans to introduce an ‘all new’ pizza with imported Californian tomatoes, which increased investor appetite for its parent company – Jubilant FoodWorks – shares on BSE Sensex.

“The improvement to its pizzas include a new soft and tasty crust, more and bigger toppings, more cheese and a new herbier tomato sauce made from imported Californian tomatoes,” Jubilant FoodWorks said in a BSE filing today.

The new product launch will be supported by an aggressive advertising campaign, the company said which will be broadcasted across television, the internet, press and radio.

“It will also be accompanied by a focused outreach effort targeted at its existing customers,” the company said.

“We will be investing nearly Rs 100 crore behind the upgrade. We believe that the vastly improved product will help both drive frequency amongst exisiting customers as well as attract new ones, and thereby expand Domino’s franchise and help growth in the market,” Pratik Pota, CEO Jubilant FoodWorks Ltd said.