Following the complaint from Dabur, ASCI directed Patanjali to either withdraw or modify its advertisement. 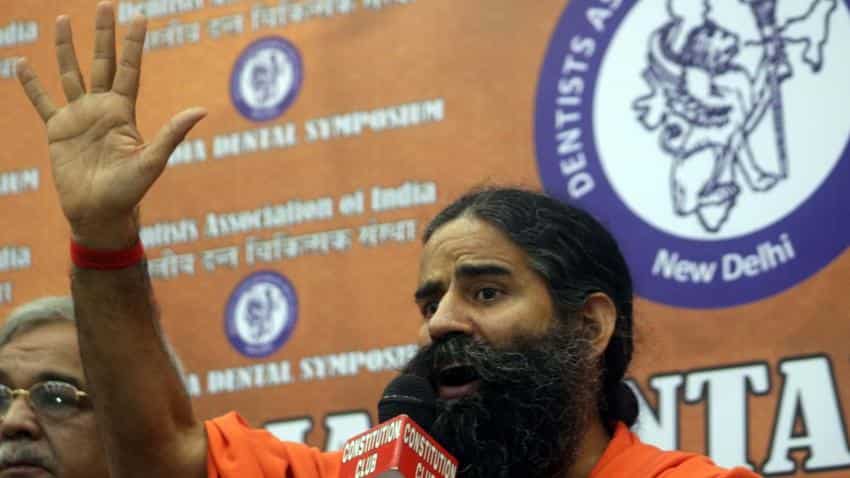 Patanjali has received 27 notices this year from the regulatory body for violating advertising code of conducts. Photo: IANS

Last month, on August 14, yoga-guru Baba Ramdev, founder of Patanjali, had filed a defamation suit and notice of a motion against ASCI before judge SJ Kathawala for receiving "love letters" from the advertising watchdog.

That time, Ramdev had said, "We would file a suit against ASCI. We would file the case in the court very soon. We are discussing the possibilities and would take action on this issue very soon. They are sending love letters to us. This issue has even been raised in Parliament also."

The matter got more bitter when Pantanjali rival Dabur on Thursday complained to ASCI about the honey advertisements promoted by Ramdev's company, The Economic Times reported.

According to the report, Patanjali claims 'Purity ki double guarantee' in its honey ads. Dabur, which has a dominant market share of Rs 600 crore in the honey segment, filed a case against the firm to the ASCI.

Following the complaint from Dabur, ASCI directed Patanjali to either withdraw or modify its advertisement. However, Patanjali said that its honey products undergoes hundred tests based on BIS and FSSAI guidelines, the report said.

ASCI's battle with Patanjali is not new. The company has received 27 notices this year from the regulatory body for violating advertising code of conducts.

In May, ASCI upheld 10 complaints against Patanjali Ayurved for products such as Jeera Biscuit, Kacchi Ghani mustard oil, Kesh Kanti and Dant Kanti, among others.

The advertising regulator had earlier upheld six cases each against Patanjali in March and April of 2016.