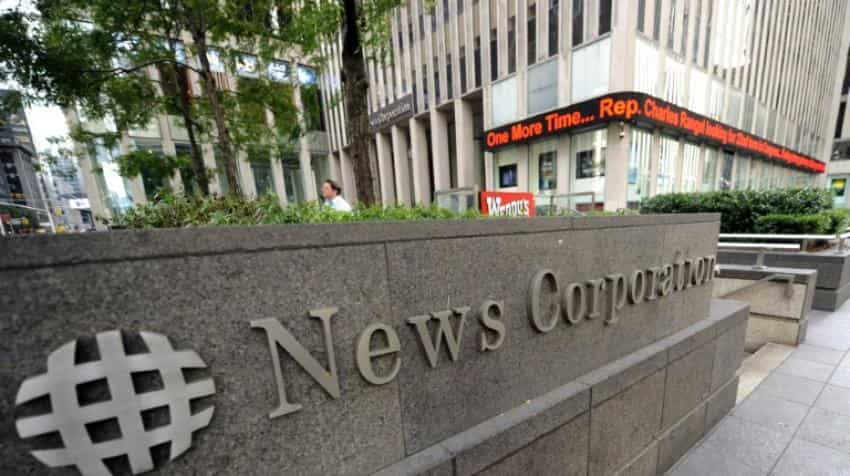 The media group controlled by mogul Rupert Murdoch and his family reported a loss of $15 million in the fiscal quarter to September 30, compared with a $175 million profit a year ago. Image Source: AFP

Weakness in newspaper advertising dented quarterly results of News Corporation, which swung to a loss in the past quarter of declines in advertising and circulation, results showed on Monday.

The media group controlled by mogul Rupert Murdoch and his family reported a loss of $15 million in the fiscal quarter to September 30, compared with a $175 million profit a year ago.

Revenues dipped slightly to $1.97 billion from $2.01 billion in the prior year period, hurt by weakness in advertising and circulation at the company's newspapers and by currency fluctuations.

News Corporation owns The Wall Street Journal and its parent Dow Jones as well as the New York Post in the United States (US). Its News UK unit publishes The Times, The Sunday Times and The Sun, and the group also operates newspapers in Australia.

Some of the weakness in the newspaper segment was offset by gains in its digital operations, including the online real estate website realtor.com.

"While the quarter presented some obvious challenges, particularly in print advertising and the weakness of the pound sterling, our revenues were relatively stable, underscoring the strength and scale of our portfolio and shift to digital."

In the newspaper segment, the group derived 24% of revenues from digital, up from 20% a year ago.

"While we invest in high quality, premium content, this will be balanced with ongoing cost initiatives, as is evident from Dow Jones' planned strategic reduction in spending and its focus on growing digital subscribers," Thomson said.

News Corporation saw a 5% drop in overall revenues for its News and Information division that includes newspaper operations, while its digital real estate revenues rose 18%.

In a conference call with analysts, Thomson noted that the troubles for traditional newspaper operations will lead to "a renewed focus on cost control" that will mean job cuts.

He said the group would unveil its reorganisation plans "in the coming weeks."

For its book publishing unit HarperCollins, revenues fell 5%, and digital accounted for 20% of consumer revenues for the quarter.

News Corporation retained the name of the media-entertainment conglomerate broken up into two separate firms in 2013 as part of Murdoch's plan to "unlock value" for shareholders.

Murdoch, 85, last year began a gradual withdrawal from both companies, and now shares the title of chairman with his eldest son Lachlan at both firms while his son James Murdoch is chief executive at the television-entertainment unit known as 21st Century Fox.