New entrant, Reliance Jio has been gaining many customers since its launch in September and has now topped the charts in the case of net additions to wireless subscriptions in that month. 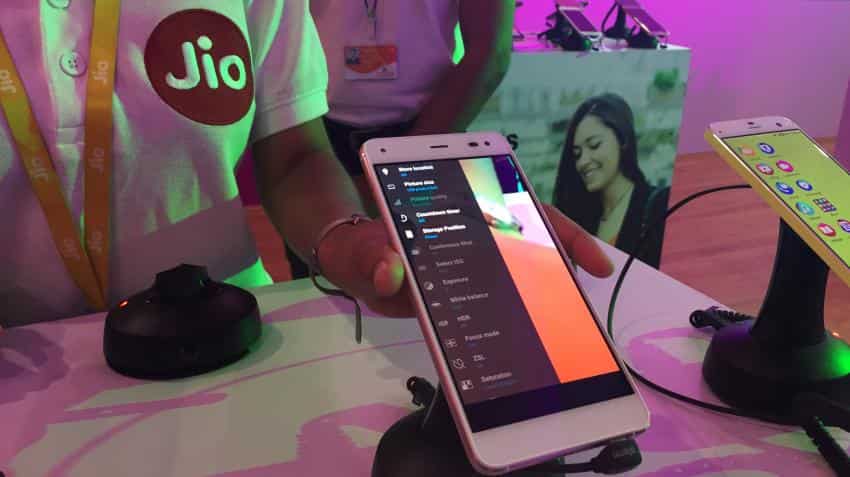 Quickly gaining traction in the telecom market, Reliance Jio had the highest number of wireless subscriptions in the month of September, as per Telecom Regulatory Authority of India’s report on Friday.

Also the lowest to rank was Tata Communications who lost 1,223,178 subscribers in September. 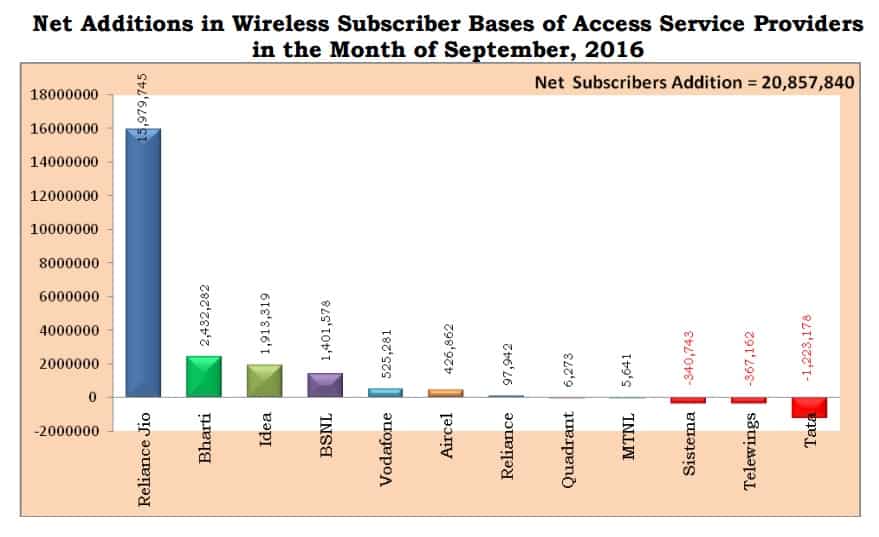 By end of November the company had crossed the 50 million subscriber target with estimates of RJio gaining 1,000 subscribers per minute.

The company’s opening offer to its customers was free services till December 31 which has now been extended till March 31.

The company had also given discounts and other offers to buyers of iPhone 7, that was launched in September itself.