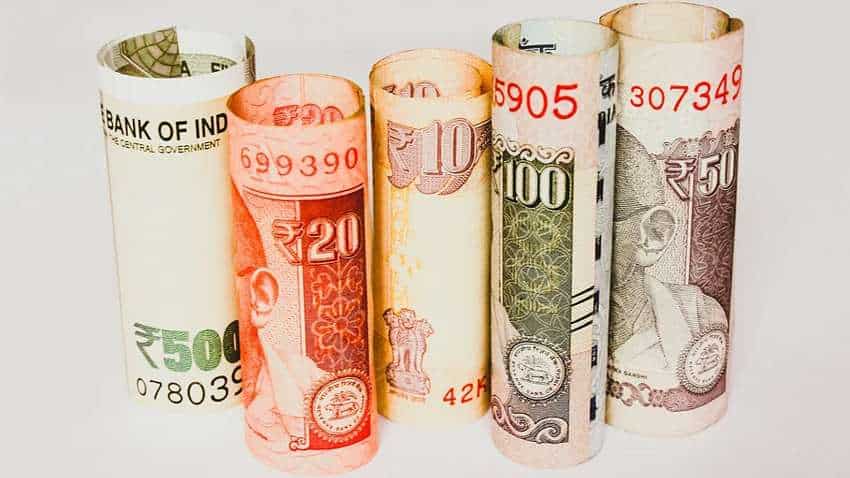 Questions are being raised against this withdrawal application as settlement amount proposed is meager 6.5% of the dues. Pixabay pic.
Edited By: ZeeBiz WebTeam
RELATED NEWS

NCLT Chennai bench today posed some really tough questions to the Resolution Professional, lenders committee and Siva Industries & Holdings while hearing the withdrawal application filed by Resolution Professional to settle the dues of banks and other lenders. Bench asked what gives lenders the assurance and confidence that the borrower will pay the settlement amount and what if the borrower fails to pay?

Bench observed that with this type of settlements a bad precedent can set in. Bench also wanted to know if the members of the CoC are authorized by their respective boards to take decisions and such huge hair cuts?, Bench further observed that how will the boards of lenders approve such big write offs?

Bench wanted to know if there are examples of such case withdrawals and settlements, if so, is it in compliance with RBI Act, DRT Act and other relevant laws. NCLT also questioned the argument of commercial wisdom, put forth by Siva Industries and Holdings. Bench said the commercial wisdom of lenders can not be beyond law. Matter was heard by bench of R Sucharitha Member Judicial and B Anil Kumar member Technical.

NCLT is hearing an application filed by resolution professional of Siva Industries for withdrawal of the case under Section 12 A of IBC, borrower has offered to settle the dues of 4863 Cr for Rs 323 Cr where the upfront amount is just 5 Cr and lenders will get rest of the dues in 6 months post NCLT approval. In Siva Industries and Holding case lenders committee is lead by IDBI Bank.  Other lenders include Central Bank of India, Union Bank of India, PNB, LIC, SBI, IARCL, Bank of India and Masdar Energy (UAE).

In this case Canara bank had sold its assets of Rs 1148 Cr to International Asset Reconstruction Company Pvt. Ltd. (IARCPL)  who is getting only Rs 15 Cr in the proposed plan.

While hearing, SBI opposed the withdrawal of application and said its against the proposed settlement offer, SBI had given a loan to the subsidiary of Siva Industries and Holdings. SBI argued that its against the interest of the bank to support settlement plan, as SBI has 32.51 Cr worth of mortgaged assets but under the settlement proposal its being offered only Rs 25 Cr.

After hearing all the parties and arguments NCLT will pass the order if such withdrawals can be allowed under the law.

Questions are being raised against this withdrawal application as settlement amount proposed is meager 6.5% of the dues. As  there is huge hair cut in the proposal and such settlements can go against the soul of Insolvency and Bankruptcy Code 2016. Questions are also raised against IDBI Bank because CBI had filed case against the same C Sivasankaran along with then officials of IDBI Bank for causing fraud to the tune of Rs 600 Cr to the bank.

The proposed settlement plan itself shows the kind of haircut lenders are ready to take, barring SBI who is opposing the move. See the Table: 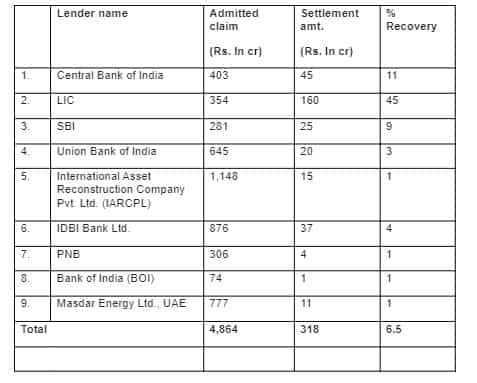 It's also worth mentioning that lenders will get just 5 Cr as upfront and rest of the amount of Rs 318 Cr will be paid in 2 tranches within 180 days.

Payment as per the proposed Settlement Plan

As per sources the settlement will have a binding effect, as once approved the existing board of directors of Siva Industries shall be recasted and full control over company shall vest with promoters. Also upon receipt of entire settlement amount as per 180 days deadline, all accounts of borrower shall be treated as standard and regularised and their assets classifications shall be made as “standard" for all purposes. Settlement will be binding on the promoters, Siva Industries, majority shareholders of Siva Industries and such members of CoC, who have approved the withdrawal application on the basis of settlement. Also Siva Industries and Holding will be eligible to avail loans from the same lenders whom it had defaulted.

Siva Industries and holdings is promoted by C Sivasankaran, who was once promoter of coffee chain Barista and later floated telecom company Aircel which he sold to Maxis of Malaysia. His name also cropped up between Tata Vs Mistry dispute in NTT Docomo issue.

Experts believe that with recent experiences and the current move of lenders to settle the dues in this manner, raises serious questions on the powers given to committee of creditors under the Insolvency and Bankruptcy Code and may require tweaks. Because at times decision to accept haircuts are so big that ideally it should go to boards for approval before its sent to NCLT for approval, though the move may delay the process. Today’s observation of NCLT on powers of committee of creditors are significant and needs serious deliberations on the part of policy makers.