Narayana Murthy gets his way; Vishal Sikka resigns from Infosys 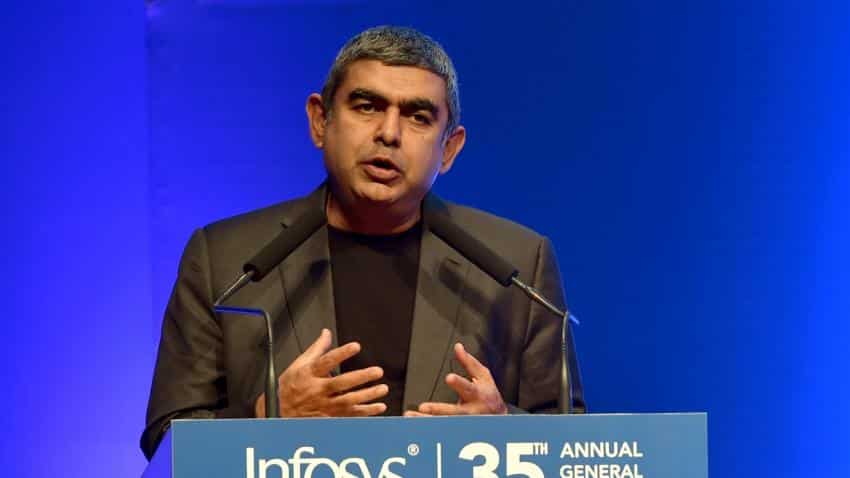 Vishal Sikka, MD and CEO, Infosys has resigned from his position in the company.

Infosys, in a statement to the stock markets said that the Board of Directors has accepted resignation of Dr Vishal Sikka as Managing Director and Chief Executive Officer of the Company with immediate effect.

The company said that Sikka reiterated his belief in the great potential of Infosys, but cited among his reasons for leaving a continuous stream of distractions and disruptions over the recent months and quarters, increasingly personal and negative as of late, as preventing management's ability to accelerate the Company's transformation.

Infosys Chairman Emeritus Narayana Murthy has been  unhappy with the functioning of Infosys under Sikka and has been critical of him publicly.

The company said, "The Board understands and acknowledges Sikka’s reasons for resignation, and regrets his decision. In particular, the Board is profoundly distressed by the unfounded personal attacks on the members of our management team that were made in the anonymous letters and have surfaced in recent months."

"As the Board has previously stated, a series of careful investigations found no merit to the unsubstantiated and anonymous allegations that had been asserted. The Board denounces the critics who have amplified and sought to further promote demonstrably false allegations which have harmed employee morale and contributed to the loss of the Company’s valued CEO," the company said.

Infosys said, "Sikka has been appointed Executive Vice Chairman effective today, and will hold office until the new permanent Chief Executive Officer and Managing Director takes charge, which should be no later than March 31, 2018."