Nandan Nilekani is back at Infosys; ADRs rise 1.5% 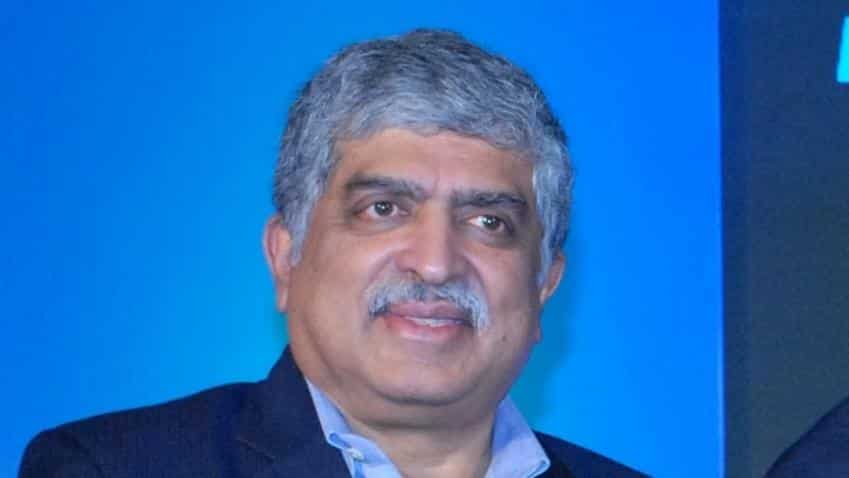 Nandan Nilekani is back at Infosys as its non-executive chairman. Pic: IANS
Written By: ZeeBiz WebTeam
RELATED NEWS

Nandan Nilekani is back at Infosys Ltd as its new non-executive, non-independent dirctor and chairman of the board, the company said in a statement late Thursday.

Infosys said, "Nilekani is an iconic leader, a successful entrepreneur and investor, and someone who has played a pivotal role in India’s transition to a digital economy. Among his many achievements, Nilekani led the implementation of one of the world’s biggest technology initiatives, India’s Aadhaar program, which has now enrolled over a billion Indians and which is transforming the lives of ordinary Indians every day. He is also one of the co-founders of Infosys and served as its CEO from 2002 to 2007."

The company said that U. B. Pravin Rao who will continue as Interim CEO and MD.

R. Seshasayee said, “Nandan is the ideal leader for Infosys at this stage in the company’s development. His appointment will allow Infosys to focus on the strategic changes it needs to make in order to capitalise on the attractive opportunities in the years ahead."

He said, "Under Nandan, Infosys will build a cohesive management team that will no doubt take the Company to a leadership position in the industry.”

Nilekani said, “I am happy to return to Infosys, now in the role of non-executive chairman, and look forward to working with my colleagues on the Board and in executive management on the business opportunities we see before us and delivering benefits to our clients, shareholders, employees and communities," adding, "I thank Vishal for his service as the CEO of Infosys over the last 3 years and wish him well in his future endeavors.”

Nilekani also stated that the Board will actively consider a broad based shareholder consultation process as a critical part of its overall engagement initiatives with all the stakeholders of the Company that are being taken up on a priority basis.