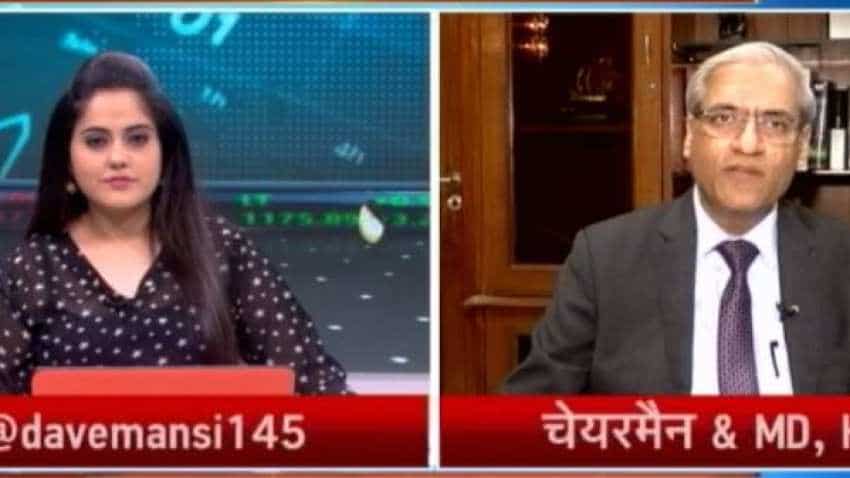 Certain improvement in the cracks of diesel led to an improvement in the GRMs in this quarter. Besides, the crude prices have not gone substantially high it was lesser then what it was earlier said, Mukesh Kumar Surana.
Written By: ZeeBiz WebTeam
Edited By: Jitesh Kumar Jha
RELATED NEWS

Q: What is your view on this quarters numbers?

A: This quarter was having a lot of volatility but HPCL has been able to show a stable performance. If you see the adjusted Gross Refining Margins (GRMs) after we account for the inventory gains/losses, then the last year the same quarter we had a GRM of around 2.69$/barrel and this year we have got around 2.55$/barrel, which is more or less same. If you see on the half-yearly basis then last year we had 2.97$/barrel for H1 and this time it stands at 2.89$/barrel. So, we have been able to give a stable performance on that. Our total profit after taxes (PAT) for the quarter was Rs1052 crore as compared Rs1092 crore of the last year, so it is also more or less the same one. Last year, we had a huge inventory gain, which was the case this year. As far as the physical performance is concerned the refineries have done reasonably well accounting for some of the shutdowns we took for upgradation to BSVI. Market growth went up by around 1.5% in the six months that we have just completed. In the case of petrol, we had a growth of 7.4% and LPG around 5.4%. So, it was a stable performance as far as operationality is concerned, we had a lower feel and loss than earlier.

Q: What led to the improvement in Gross Refining Margins (GRMs) in the second quarter?

A: Certain improvement in the cracks of diesel led to an improvement in the GRMs in this quarter. Besides, the crude prices have not gone substantially high it was lesser then what it was earlier. So, it is not flair but it is better than the first quarter in which we had around 0.75 $ as reported GRM and compared to that we have 2.83$ as the reported GRM.

Q: Please throw some light on margins and how were the marketing volumes in this quarter?

A: As far as volumes are concerned then we had a sale of 9.4 million metric tonnes as compared to 9.14 million metric tonnes. So, there was a growth of around 1.5%. When it comes to margins then we can align our domestic prices in line to the international price. Thus, to an extent, we had a reasonable margin that we have now.

Q: What is an update in Mumbai and Vizag refinery upgradation plan and what will be your CapEx for them?

A: When it comes to Vizag refinery expansion then BSVI facility will be completed this year itself and another expansion units will be completed by the third quarter of the next financial year. Except for the bottom upgradation facility, we hope to complete all other units and facilities in the next financial year and bottom upgradation facility will take place subsequently.

As far as Mumbai refinery is concerned then it will be ready to supply BSVI by the end of the year. Other preparation work is ready and we will be taking a revamp shutdown, which we plan to take next year either before or after the monsoon depending on which will suit the alignment as we don't want to take Vizag and Mumbai shut down simultaneously.