Mukesh Ambani hits back at brother Anil’s insinuations; says ‘Have to root out inefficiencies across the digital ecosystem’

Seemingly concerned over the telecom sector's health the Ambani brothers have made hard hitting remarks pointing out the growing competition in the industry. 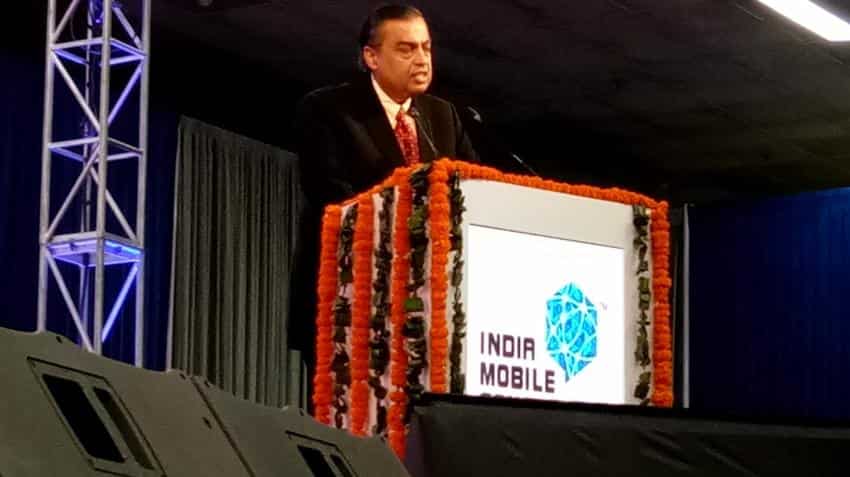 At the Indian Mobile Congress being held at New Delhi from September 27 to 29, Reliance Industries Ltd, Managing Director, Mukesh Ambani on Wednesday spoke about higher data consumption in India. His statements came directly after brother, Anil Ambani and chairman of Reliance Capital made hard hitting insinuations about the telecom sector’s health in an annual general meet (AGM) on Tuesday.

“We have to provide ubiquitous access to high-speed data at affordable prices. Data is the oxygen of a digital economy. We cannot deprive Indians of this vital life-sustaining resource,” Mukesh Ambani said.

As both brothers made references to the health of the telecom sector Anil Ambani at the AGM yesterday indirectly called out Jio’s move to dominate a ‘monopoly’ in the industry.

“So, wireless sector from a hugely customer-friendly, choice-driven, 10-player market is slowly moving towards what is referred to in economic terms as either oligopoly, duopoly or potentially a monopoly. Is that something 1.2 billion people in India deserve?" he said. "Is that what customers really want?"

Anil further said that the telecom sector was in ‘ICCU,’ and also made references to sharp erosion in competitive landscape.

Using the IMC 2017 as his stage, Mukesh Ambani said, “Data is the new oil. India does not need to import it. We have it in super-abundance.”

He further added, “We have to invest in building next-generation technology assets. We have to root out inefficiencies across the digital ecosystem.”

Jio is the only network in India with complete broadband coverage. Reliance Communications owned by Anil Ambani on the other hand operate on 2G/ 3G networks.

“I believe that 4G coverage in India will become larger than the 2G coverage within the next 12 months,” Mukesh said.

As per the latest data published by Telecom Regulatory Authority of India (TRAI) Jio had 12.85 crore wireless subscribers in India while RCom had 8.1 crore.

“The fourth industrial revolution, fuelled by connectivity, data and Artificial Intelligence has begun. In next 10 years, India will grow from a $2.5 trillion economy to a $7 trillion and rank among the top 3 economies in the world. The pace at which the Indian Mobile Industry has grown is unparalleled in the world,” Mukesh Ambani said.

He further added, “India must embark on the task of connecting everything and everyone via the Super-Internet of Things. This will enable 130 crore Indians to collaborate directly with one another and democratizing economic life like never before.”

Anil Ambani’s Reliance Communications which is dealing with losses amounting to Rs 1,221 crore in the first quarter of FY18. The company’s debt stood at Rs 42,000 crore.

The telecom industry will soon be consolidated to five major players. Reliance Communications is in the process of merging with Aircel and MTS and Idea-Vodafone merger which is expected to be completed in 2018.