Today, Wadia has filed a defamation suit against Ratan Tata and Tata Sons. 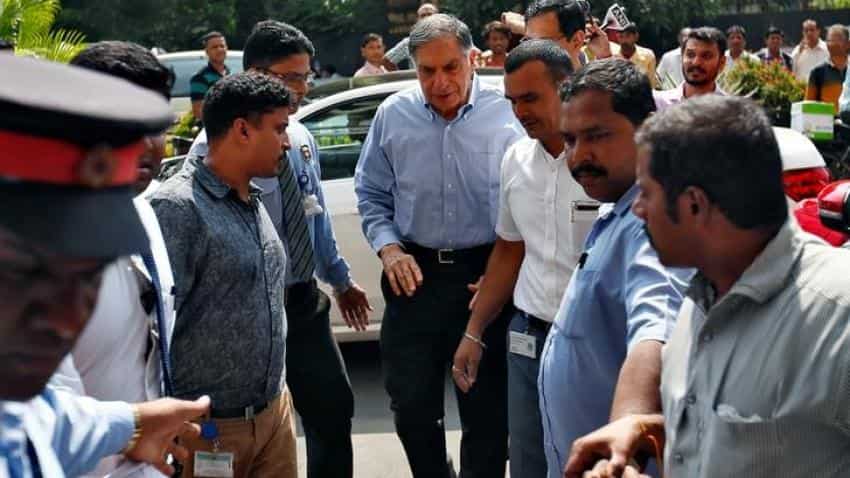 This is the third Tata group company from which Wadia has been removed. Photo: Reuters

Tata Chemicals' extraordinary general meeting (EGM) held on Friday to remove Independent Director Nusli Wadia from the board of the company.

After Tata Steel and Tata Motors, this is the third Tata group company from which Wadia has been removed.

According to the sources, this what he said to the shareholders:

"Thank you Mr. Chairman. I shan’t take very much time. Over the last two months there has been a definite move to damage my personal reputation and the reputation of this great group – the Tata group.  And these days are very lonely because the newspapers are full of attacks, most of them unsubstantiated but nevertheless very painful. And coming here this week with all the shareholders, I have been so moved emotionally and deeply touched by the warmth and the support and the affection that they have shown.

I could not leave here today without at least expressing my deepest gratitude to the shareholders. It has been a pleasure to be with you. It could have gone either way but your support has been overwhelming and remarkable. It has done more for my sense of goodwill today and this week than anything else that has happened.

The group has been there for 150 years. It has been based on governance, fair play. I think the truth will prevail, whatever the process may be, however painful it may be. The truth will prevail and the systems in our country will govern. Once again I thank all of you for your support and wish you a happy new year. Thank you so much."

Today, Wadia has filed a defamation suit against Ratan Tata and Tata Sons.

The independent director has filed the case under Section 500 and 109 of the IPC that charges the accused with imprisonment of up to two years and a fine or both.