Monsanto lobbies with US lawmakers on Indian regulatory issues 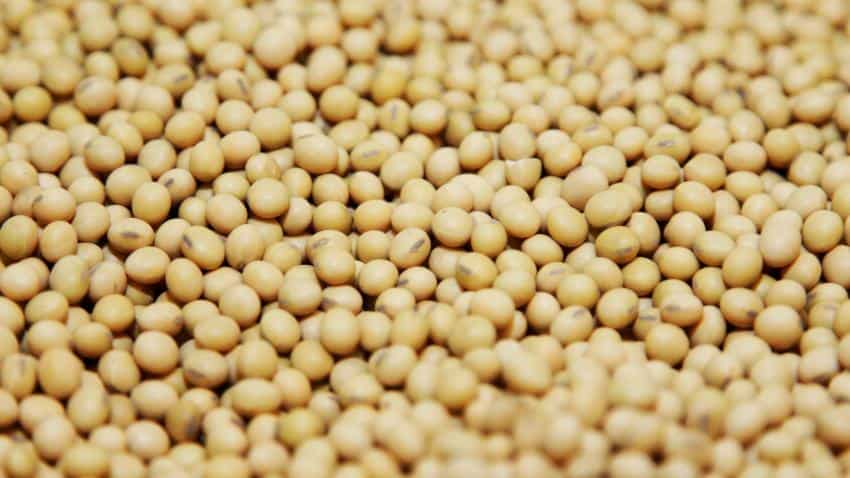 A bushel of soybeans are shown on display in the Monsanto research facility in Creve Coeur, Missouri, U.S. Image source: Reuters
Written By: PTI
RELATED NEWS

Facing roadblocks in India over sale of its genetically modified products, global seeds giant Monsanto is engaging in hectic lobbying with US lawmakers to seek their support for its interest in the fast-growing Indian market.

The company's registered lobbyist Akin Gump Strauss Hauer & Feld has disclosed having being paid more than Rs 1 crore (USD 150,000) by Monsanto since the last quarter of 2015 for lobbying for "issues relating to the regulation of biotechnology products in India", along with a couple of other specific issues.

Its latest disclosure report for Monsanto for the quarter ended June 30 also shows that the "income relating to lobbying activities for this reporting period" was USD 50,000.

Similar amounts have been disclosed for each of the two previous quarters -- January-March period of 2016 and October-December period of 2015, taking the total amount to USD 150,000.

While lobbying is legally permitted in the US subject to detailed disclosure about the issues and offices covered and the money spent, a major controversy had broken out earlier after retail behemoth Walmart was found to be lobbying with American lawmakers on retail FDI in India.

Besides issues relating to regulations in India, Monsanto's lobbyists have also disclosed having lobbied on a few other issues in these quarters.

These include issues relating to US regulatory approval of agricultural products and those relating to biotech approvals in China and also the Defend Trade Secrets Act of the US.

As per the lobbying disclosure records, Monsanto had engaged in lobbying activities relating to India-specific issues earlier also between 2007 and 2010 -- directly or through registered lobbyists -- but the disclosed lobbying issue of "India Trade" during those periods was generic in nature and not specifically about "regulation of biotechnology products in India".

When contacted, Monsanto said the lobbying firm helps present the company's perspective on a variety of domestic US and international matters.

"Like other companies and organisations in the US, Monsanto undertakes efforts to participate constructively in the policy making processes and provide our input for legislation and policy decision making," a company spokesperson said.

Monsanto has been facing problems on multiple fronts in India, including an anti-trust probe ordered by the Competition Commission of India. It is also facing opposition from local seeds companies, farmer bodies and also by certain sections associated with the ruling BJP.

Amid protests against allowing genetically modified mustard in the country, the government has now decided to conduct a public consultation on recommendations made by a panel on bio-safety aspects of commercial cultivation of such crops.