Even as the industry continues to raise concerns over the new FDI norms governing the e-commerce space, former Infosys chief financial officer Mohandas Pai Wednesday said it is a move in the right direction. 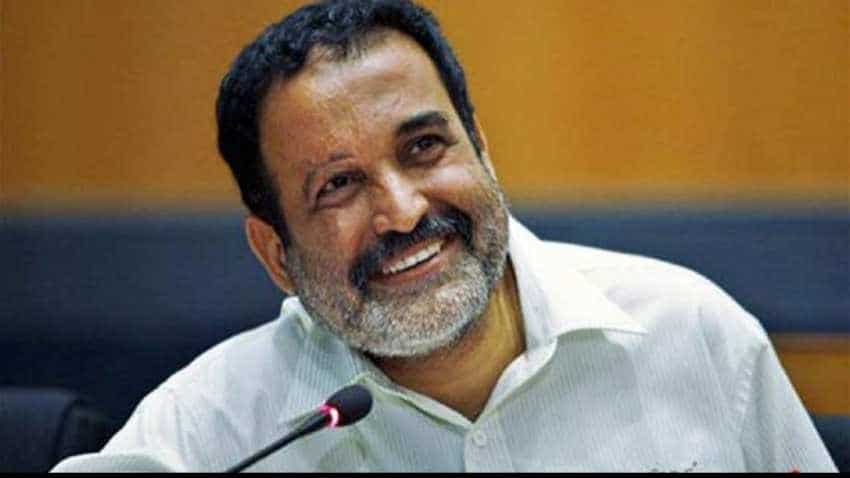 The revised FDI policy for online retail, issued by the commerce and industry ministry, also said these firms have to offer equal services/facilities to all its vendors without discrimination. Image source: Reuters
Written By: PTI
RELATED NEWS

Even as the industry continues to raise concerns over the new FDI norms governing the e-commerce space, former Infosys chief financial officer Mohandas Pai Wednesday said it is a move in the right direction. E-commerce firms are "using abusive, predatory pricing to drive out local businesses and we do not want global monopolies," Pai, who is also associated with the startups promotion body Isprit, told the ongoing Tiecon 2019 summit. "The regulations that we have introduced is somewhat reasonable even though the way it was done is wrong," he said.

Addressing the same event, senior lawyer Nishith Desai wondered if the move was done for the benefit of a particular set of market-players as there are always lobbies at work. "The unfortunate part is that our mindset is shrinking," Desai said, hinting that the country is drifting away from the tenets of globalisation. Another lawyer dealing closely with the startup ecosystem Karan Kalra said, "this is not driven by the will to promote business but by the vote-bank politics. The government is changing its own position."

KPMG India taxation head Hitesh Gajaria said decision has not come out of the blue as the BJP even in the last election manifesto had also talked against FDI in retail. "They will let go off billions of dollars but they will focus on jobs and appeasement for a section of the society," he added. Tightening norms for e-commerce firms having foreign investment, the government on February 1 notified the new FDI norms that debar online marketplaces like Flipkart and Amazon from selling products of companies which they are their subsidiaries, apart from banning them from entering into exclusive marketing arrangements saying such pacts would influence prices.

The revised FDI policy for online retail, issued by the commerce and industry ministry, also said these firms have to offer equal services/facilities to all its vendors without discrimination. Following this, media reports said many small sellers on Amazon have started quitting the platform in large numbers citing difficulty in managing logistics on their own.

Prior to February 1, Amazon had as many as around 4 lakh small sellers on its platform but with the new rules in place its Cloudtail and Appario have become inactive. Many have criticised the new FDI norms in e-commerce space and attributed to the BJP's bid to placate the small traders ahead of the polls as the mom-n-pop shopkeepers have been a strong vote bank for the ruling party. Many opinion polls have predicted BJP not securing a clear mandate in the summer elections.

Brokerage Morgan Stanley had hinted that Walmart Inc, which had pumped in the largest-ever FDI into the country last August by snapping up Flipkart for USD 16 billion, would lower its profitability in the long-run. However, following the report earlier in the week, the US retail major had on Wednesday said it was committed to the country as it was optimistic despite recent changes in policy. Morgan Stanley, in a report titled 'Assessing Flipkart risks to Walmart's EPS' dated February 4, has claimed that "an exit is likely, not completely out of the question, with the Indian e-commerce market becoming more complicated."

Meanwhile, on the issue of angel tax, Pai joined a wider section of industry leaders expressing concern but claimed that the PMO had hinted at a relook into the issue. Principal chief economic advisor Sanjeev Sanyal has also assured a relook, Pai claimed, and termed the provision as a penalty or a tax for residentship in the country.
Desai termed the angel tax proposal as a "demon tax" which reminds of the older days of tax terrorism.