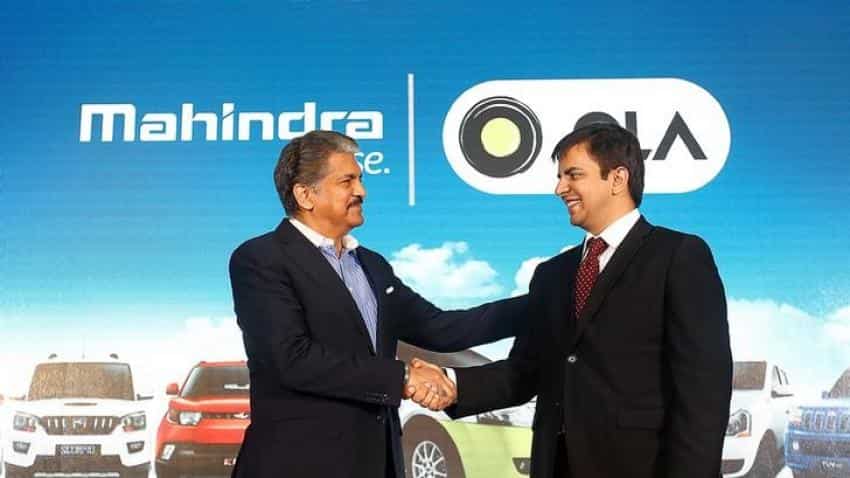 Indian automaker Mahindra & Mahindra's (M&M) tie-up with domestic ride-sharing giant Ola will not only drive car sales, but also influence and shape the design of its vehicles in the future, Chairman Anand Mahindra said on Thursday.

Mahindra said automakers will need to adapt and design cars differently in the future by building cars better suited to the needs of the sharing economy, so as to capitalise on the rapid rise in ride-sharing popularity both domestically and overseas.

"This is going to completely change the auto industry," Mahindra said in an interview, just ahead of announcing the alliance with Ola that is expected to rake in $400 million (nearly Rs 2,661.1 crore) in revenue over the next two years via car and service sales.

Mahindra joins the ranks of Volkswagen, Toyota Motor Corporation and General Motors, which have all inked tie-ups with ride-sharing firms to guard against a shift in consumer choice away from vehicle ownership.

"Car companies are going to have to recognise this reality and find ways of participating in this new world of shared mobility," he said.

Mahindra tweeted on Thursday as saying,"Gracefully concede that you're way ahead of me in 'selfie-skills' Our alliance should help me in that department!"

Gracefully concede that you're way ahead of me in 'selfie-skills' Our alliance should help me in that department! https://t.co/Bo8cs5EgQ2

Mahindra, whose company is one of the first Indian carmakers to form such an alliance, said he will use some of Ola's data on drivers and rides to influence cars it designs in the future. It will also feed into its research on autonomous driving. The deal with Ola, however, is not exclusive and will not prevent Mahindra from entering into other similar partnerships in the future.

Mahindra will sell a total of 40,000 vehicles to Ola in two years starting with its Verito sedan and possibly electric cars in the future. In return, Ola gains access to a one-stop-shop for vehicles and services for its drivers. Ola will also be able to use the Indian automaker's reach in rural areas to lure new drivers to its platform

There is a lot of synergy possible between both companies, Ola Chief Executive Bhavish Aggarwal told Reuters in the interview, adding that Ola had initiated the alliance talks with Mahindra about a month and half ago.

The push by Ola comes weeks after Uber said it would merge its business in China with that of local rival Didi, freeing up the global ride-sharing firm to focus on India - which accounts for 12% of its global rides and is its biggest market outside the United States (US). Ola leads the ride-sharing market in India, but Uber has been gaining ground.

Aggarwal said today's alliance was not influenced by Uber's merger in China, but that its new tie-up will help it to build a stronger business.