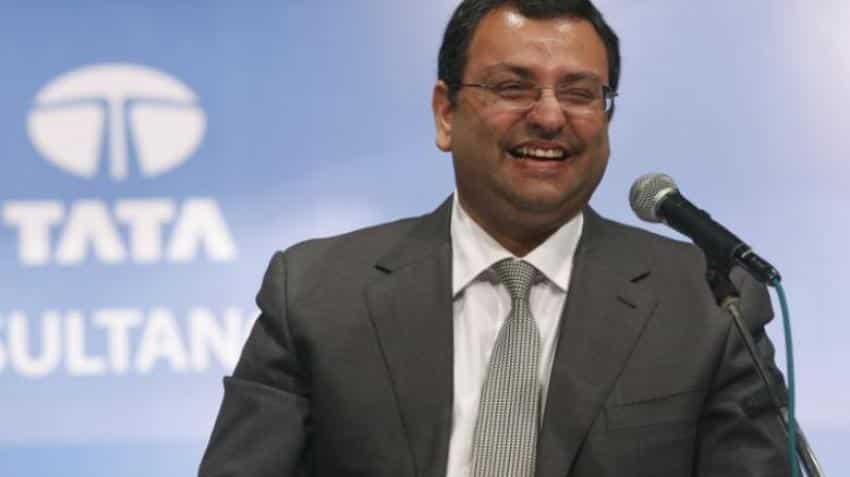 The statement from Mistry’s office was made as a response to Tata Sons release asking shareholders to vote out the ex-chairman from the remaining boards of the Tata conglomerate. Image Source: Reuters

Nominee director, Vijay Singh has been accused by ousted chairman Cyrus Mistry on Sunday of playing ‘a key role’ in the AgustaWestland VVIP chopper scam.

"As defence secretary, Singh was a key official involved in award of Rs 3600 crore VVIP helicopter contract to AugustaWestland in 2010," a statement from Mistry's office said.

He further added, “It is a matter of public record that the government had to cancel the contract, dubbed 'Choppergate' by the media, due to charges of corruption and graft.”

In his defence, Singh said in an emailed statement reported by PTI, "I was defence secretary from 2007-2009 and the present cases being prosecuted by CBI pertain to 2004-2005. The Augusta Westland acquisition was approved by the Cabinet well after my retirement."

On January 1, 2014, India had scrapped the contract with Finmeccanica's British subsidiary AgustaWestland for supplying 12 AW-101 VVIP choppers to the IAF over alleged breach of contractual obligations and charges of paying kickbacks of Rs 423 crore by it for securing the deal.

"To connect me with this matter is slanderous and malicious," Singh added.

The statement from Mistry’s office was made as a response to Tata Sons release asking shareholders to vote out the ex-chairman from the remaining boards of the Tata conglomerate.

“Tata Sons is therefore compelled to propose the removal of Mr Cyrus P Mistry as the Chairman and Director of all Tata Companies by convening Extraordinary General Meetings of shareholders as prescribed by the law. For this purpose, Tata Sons would need the support of all big and small shareholders who have stood with Tatas always,” Tata Sons said.

Tata Sons also charged him of misleading the panel to get selected as chairman, retracting on his promises, concentrating powers and using free-hand given to him to weaken management structures.

“Tata Sons therefore urges all the constituents of Tata companies to give serious thought to all that has been said above and support the resolutions placed before them,” the statement said.

Cyrus Mistry responded by saying that Vijay Singh was ‘cooking up theories to defend his role in the conspiracy,’ which was hatched by Ratan Tata to sack him as the chairman.

"It's amusing to see Vijay Singh concoct theories to defend his role in Ratan Tata's conspiracy to replace Mistry," a statement issued from his office claimed.

Mistry also claimed that being a part of the nominations and remuneration committee (NRC) of Tata Sons, Singh had on June 28, 2016 gave a glowing review of his (Mistry's) performance as the chairman of the Tata Group.

"After reviewing the performance of the chairman, the members unanimously recorded their recognition of his significant contributions across group companies and expressed their appreciation of his multi-faceted initiatives aimed at preserving and promoting cohesive functioning of the group in accordance of its distinctive values," Mistry said.