Meru Cabs announces new services of Rs 9 per km; Is it the end of radio cabs?

Radio taxi service Meru Cabs is moving towards being an app=based taxi hailing service aka Ola and Uber. Meru Cabs on Friday announced the launch of a new line of service. The company also revamped its mobile application. 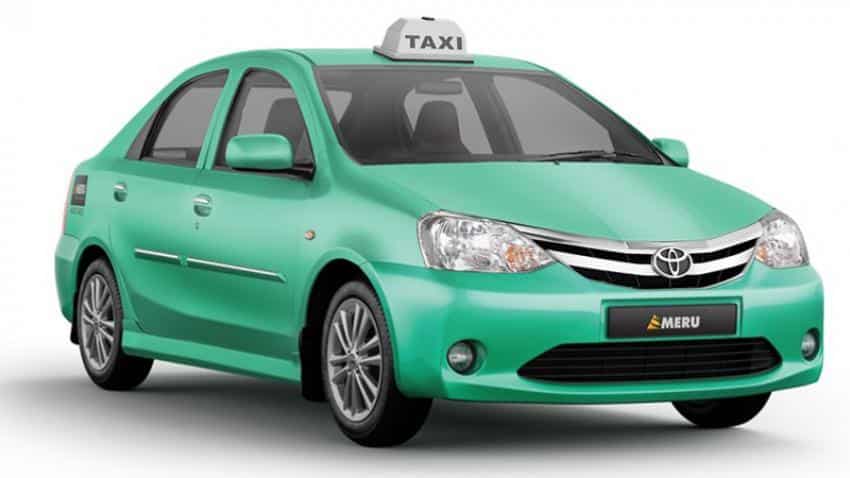 Radio taxi service Meru Cabs is moving towards being an app=based taxi hailing service aka Ola and Uber. Meru Cabs on Friday announced the launch of a new line of service. The company also revamped its mobile application.

In order to better compete with Ola and Uber, the company has come out with an aggressive pricing strategy of Rs 9 per km for hatchbacks, Rs 10 per km for sedans and Rs 15 per km for SUVs.

Like Ola and Uber, Meru Cabs will have a base fare of Rs 49 and customers will have to pay the prices mentioned above per km. And similarly, these new services will be available on bookings via its app and not through any other modes of booking.

However, unlike other tax-hailing apps Meru Cabs says that it will offer these services without any surge pricing whatsoever.

For this service, Meru Cabs has tied up cab operators and has already signed up 2,000 cabs (attached cabs) in Mumbai. It plans to roll it across other cities too and plans to further sign 2,000 to 3,000 cabs every month.

“Within 3 months we expect to have nearly 7,000 attached cabs signed up with us,” says Meru's new CEO Nilesh Sangoi, CEO of Meru after Siddhartha Pahwa quit in November 2016.

When asked whether they are looking to steer away from the radio cab business and adopt a similar business model to Ola and Uber, Sangoi said they have always had an hybrid model. “In the last 6-7 years we have had a hybrid model. Everyone has realised the hybrid model is a way to go. Now we are going strong on this model,” he said.

He adds, “Even competition has a hybrid model. They have huge fleets with them as well as attached cabs to grow their business.”

Is the end of the road for radio cabs?

“Not at all. Radio taxi's will co-exist. It will have its own niche. There are those who still prefer radio cabs, so we will offer it. For the younger audience we will offer the attached cab services. Whatever is the customers choice we will provide it,” he said.