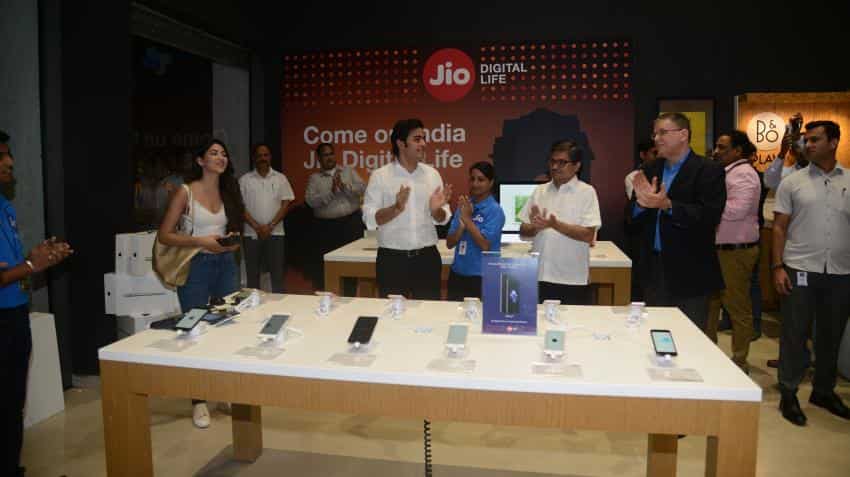 TCS has been India's most valued company since February 2013 when it surpassed RIL and has remained one since. However, the rally that RIL shares saw since the commercial launch of its 4G telecom venture Reliance Jio meant that it closed the gap between itself and TCS rather quickly.

RIL was the most valued company during 2008-2013. After the turbulence in its oil & gas business, Mukesh Ambani-led RIL slipped to second position and later in 2015 its market-cap dropped to fourth place.

On April 2 2017, shares of RIL touched nine-year high on BSE after the company said that its Jio Prime Membership has gained 72 million paid subscribers.

RIL had announced the launch of Jio in September last year. Since then, the company has rolled out various offers which has created "data war" in telecom industry. Its presence in the industry has left no option for its rival but to go for mergers to retain market share.

On February 28, research firm  Morgan Stanley has revised its target for Reliance Industries (RIL) and set a new price target of Rs 1506 per share.

Mayank Maheshwari, Rakesh Sethia and Amruta Pabalkar, analysts at Morgan Stanley said, “RIL stock has underperformed peers by 60ppt in the past four years as its returns lagged peers'. This is set to change as earnings start from energy projects and telecom monetisation gathers pace. We raise our price target to factor in higher energy earnings and increased clarity on telecom investments."