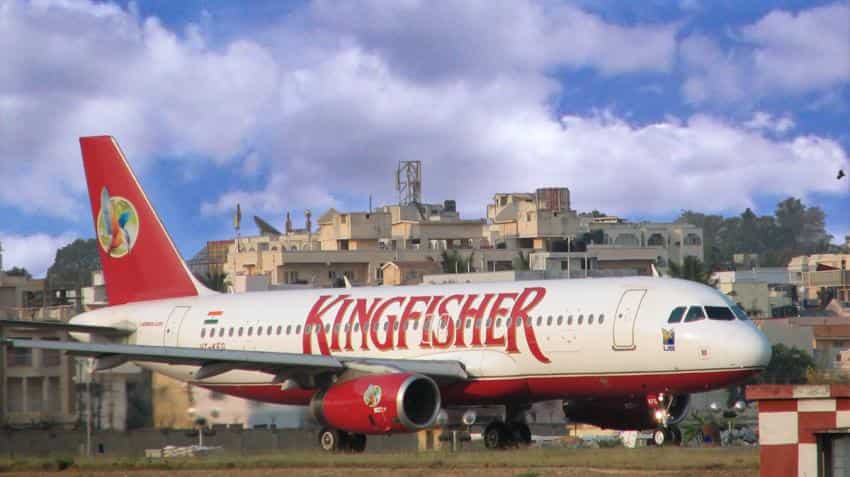 The company said it would not be in the position to pay the hangar charges claimed by MIAL until it received a formal letter from the Service Tax department about the company winning the bid. Representational image. Image Source: Wikipedia
Written By: PTI
RELATED NEWS

The Bombay High Court today allowed a company, which had claimed to have won the auction for the fugitive industrialist Vijay Mallya's luxury jet for Rs 27.39 crore, to withdraw its bid paving the way for a fresh auction.

SGI Commex told the court that it wanted to withdraw from the process because "it was not acceptable to other side and the deal could not be struck under a cloud."

The Service Tax department which has to recover dues of over Rs 500 crore from Mallya's defunct Kingfisher Airlines, had attached the plane in December 2013.

The aircraft is grounded since October 2012. The Mumbai International Airport Ltd (MIAL) has also approached the HC, claiming hangar charges of the plane from SGI Commex, the purported bid winner.

"A fresh auction may be permitted (by the court)...We may bid again if we feel necessary," said its lawyer.

The bench also gave an option to C J Leasing, the company which owns the aircraft and which had given it to Mallya on lease, to pick an agency to conduct the fresh auction.

The agency should be an expert in holding auctions, independent and not controlled by the government or any other body, it said.

The next hearing would be on October 6 when C J Leasing's lawyer would inform the court the name of the agency it wants to appoint for the fresh auction.

The high court was hearing a petition filed by the Service Tax department seeking recall the auction as the highest bid was lower than the reserve price.

The department's counsel Anil Singh argued that the bid of SGI Commex was 81.8 per cent lower than the reserve price of Rs 152 crore, whereas the company had contended that no reserve price had been set to start with.

The last auction of the plane took place on August 18 after an earlier auction on June 30 had failed.

SGI Commex had earlier contended that it would not be in the position to pay the hangar charges claimed by MIAL until it received a formal letter from the Service Tax department about the company winning the bid.

The plane, Airbus 319, can carry 25 passengers and six crew members. In May this year the, Service Tax department had issued a notice advertising the auction and described the aircraft as "exclusively for exotic and luxurious use" with conference halls, meeting rooms and a bedroom with attached bath.

Kingfisher Airlines has defaulted on repayment of over loans amounting to Rs 9,000 crore taken from 17 banks.

Mallya left the country in March, and subsequently a special court for Prevention of Money Laundering Act cases here declared him "proclaimed offender" as he did not appear before it.