Kingfisher Airlines, which was run by India’s own Richard  Brandson  Vijay Mallya, had met with the similar fate, when it was grounded in October 2012 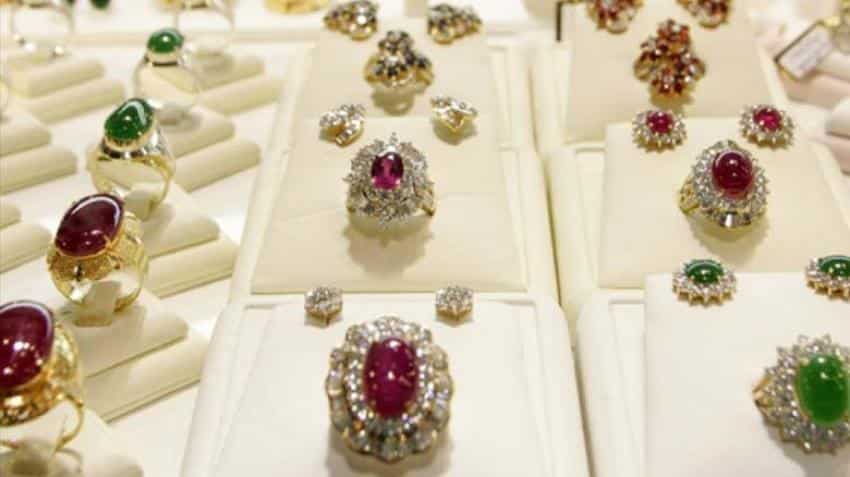 Gitanjali Gems' stores across India are being raided and if we were to go by media reports, the jeweller has asked its employees to collect relieving letters. Image source: Reuters
Written By: Aprajita Sharma
RELATED NEWS

All that glitters is not gold. Gitanjali Gems is a case in point. The Mehul Choksi-led company is in limelight these days for all the wrong reasons, as famous Bollywood celebrities aren’t endorsing its new product range and looking to sue the company for failing to pay dues.

The company’s stores across India are being raided and if we were to go by media reports, the jeweller has asked its employees to take relieving letters.

It’s a sense of déjà vu.

Kingfisher Airlines, which was run by India’s own Richard Brandson Vijay Mallya, had met with the similar fate, when it was grounded in October 2012. In 2014, trading in Kingfisher shares was suspended. Mallya could not pay salaries to its employees. The once poster boy owes thousands of crore to lenders and is said to hiding somewhere in UK these days. Stock investors could have avoided the hit had they taken note of the company’s rising interest rates and, resultant mounting losses.

But in the case of Gitanjali Gems, there were enough cues to raise red flags.

It was noticed that trading by Choksi Group in the scrip of Gitanjali Gems vis–a–vis percentage of the entire market activity in the derivative and equity segments was quite high.

Besides, the trading pattern suggested that Choksi Group built up substantial large position in the scrip of Gitanjali Gems in the derivatives segment, thereby circumventing the position limit prescribed by the regulator.

Had retail investors paid heeds to all the developments regarding the company in the last few years, they would not have burnt their fingers like this.

In addition, disclosures made by Gitanjali Gems to BSE regarding shares pledged by promoter and promoter Group for the quarter ended September 2011 and December, 2011, were found to be different from that obtained by SEBI from the depositories.

In 2012, Sebi barred Choksi and 26 other entities from trading in the market for a period of six months, or till the investigations were over, whichever was earlier. Ban was revoked in October 2013, after three-month of deactivation.

From heavy debt, stressed liquidity, high pledging to dipping promoter holding, the jeweller had it all that should have made investors cautious on the counters.

The alleged stock manipulation case raised serious doubts over management’s credibility, which was the first warning sign that the stock was not meant for a long-term investment.

Those who stayed invested are now in lurch as the stock is hitting lower circuit every day.

"The present scenario is now worst than before since it is now about compliance, frauds and illegal involvement of company's promoter. Leave the balance sheet aside, investors should get out of this stock as soon as possible. Any possible bounce back, if any, should be utilised to exit," said Mustafa Nadeem, CEO, Epic Research.

Shah Ramesh, Gajera Rakesh, Shah Chaitya and Macquarie Finance are some other stakeholders holding stake between 4 per cent to 5.8 per cent.

With an elusive owner, and reports of company shutting down its business, investors await the Sebi’s action.

"Sebi should have taken a call on Gitanjali Gems by now because minority protection should be paramount for them," said an analyst who requested anonymity.