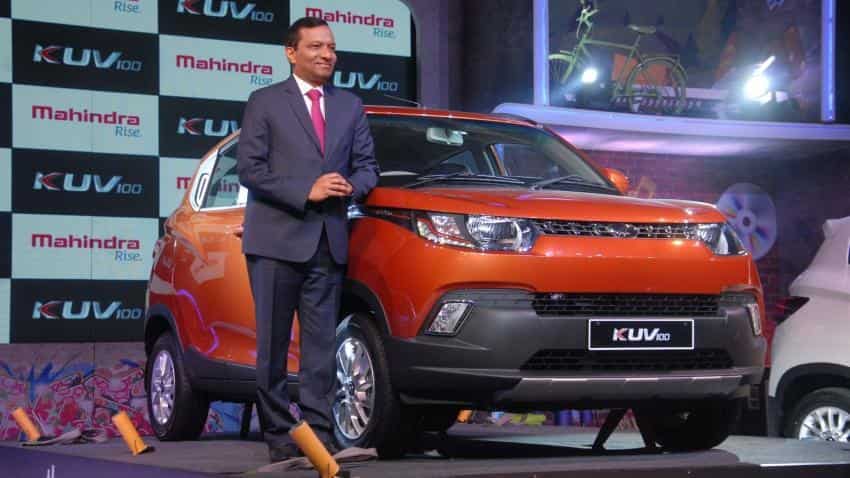 Mahindra and Mahindra managing director Pawan Goenka during the launch of KUV100 in Pune in January 2016. Image Source: IANS/Nitin Lawate

Homegrown auto major Mahindra & Mahindra (M&M) plans to increase prices of its vehicles by up to Rs 26,500 from January as it looks to partially offset rising input costs.

"We plan to increase prices of our passenger and commercial vehicles in the range of 0.5 to 1.1% from next month. Prices of passenger vehicles would go up in the range of Rs 3,000 to Rs 26,500 depending upon the model," M&M Chief Executive (Auto Division) Pravin Shah told PTI.

The ex-showroom prices of its small commercial vehicles (up to 3.5 tonnes) would also increase in the range of Rs 1,500 to Rs 6,000 from January, he added.

Justifying the reasons for the price hike, he said that input costs have been soaring due to escalation of prices of various materials including precious metals.

"Besides, cost of fuel has also gone up leading to increase in freight costs. Also, there has been an impact of changing regulatory requirements," Shah said.

The Mumbai-based company sells a range of passenger vehicles ranging from KUV100 to premium SUV Rexton, priced between Rs 4.58 lakh to around Rs 24.86 lakh (ex-showroom Delhi).

It also markets a range of small commercial vehicles, including three wheelers and LCVs like Alfa and Imperio priced between Rs 1.76 lakh and Rs 7.35 lakh (ex-showroom Mumbai).

Two-wheeler major Bajaj Auto has also announced a hike in prices of its bikes by up to Rs 1,500 from next month.