Lok Sabha Elections results 2019: "I dream of us as a global superpower in my lifetime," Uday Kotak says 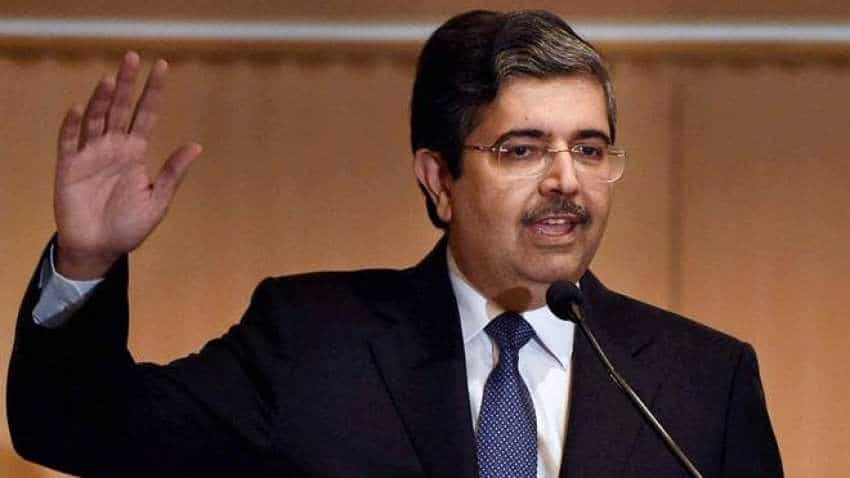 Lok Sabha Election results 2019: Even as final results for Lok Sabha polls 2019 are indicating that the ruling NDA under the leadership of Prime Minister Narendra Modi is once again set to return to power with a better numbers than in 2014, Uday Kotak, Executive Vice Chairman and Managing Director, Kotak Mahindra Bank has expressed his view that the country is heading towards becoming a global superpower.

On his official Twitter handle, the banker congratulated Prime Minister Narendra Modi and tweeted, "Time for transformation of India. Time for deep reform. I dream of us as a global superpower in my lifetime. Heartiest congratulations to @narendramodi, the BJP, and the NDA."

Time for transformation of India. Time for deep reform. I dream of us as a global superpower in my lifetime. Heartiest congratulations to @narendramodi , the BJP, and the NDA.

Stock markets today also expressed faith in the present dispensation's governance as well as policies. The 30-share index zoomed over 900 points to hit an intra-day high of 40,012.35, while the broader NSE Nifty rose 265 points to touch a record high of 12,003.50.

The volatility index dropped by over 27 per cent to 20.15 from the 30 that it had hit on Wednesday when nervousness has gripped investors ahead of counting day. Today's spurt is indicating that the market is expecting a stable government with a full mandate.

According to reports, investors see a second term for Prime Minister Modi giving him enough time to push forward those reforms with more fiscal and monetary stimulus.

The opposition parties fought the general elections on a policy platform promising better farm income and jobs, but that seems to have failed to elicit support for them.

Meanwhile, the US has also hailed the people of India and the fairness and integrity of the elections in the world's largest democracy, stating that America will work with whoever is the victor in the polls, a PTI report said, while quoting State Department spokesperson Morgan Ortagus as saying "I would say from the US perspective, we are very confident in the fairness and the integrity of the Indian elections, and we will obviously work with whoever is the victor and whatever the outcome is there."

Notably, 900 million eligible voters participated in 2019 the Lok Sabha elections to vote for the lower house of Parliament. More than 8,000 candidates from various political parties contested the election.