"(We are) very confident that we can solve the problems at the now defunct carrier," Puri reportedly said on the sidelines of an event in New Delhi. 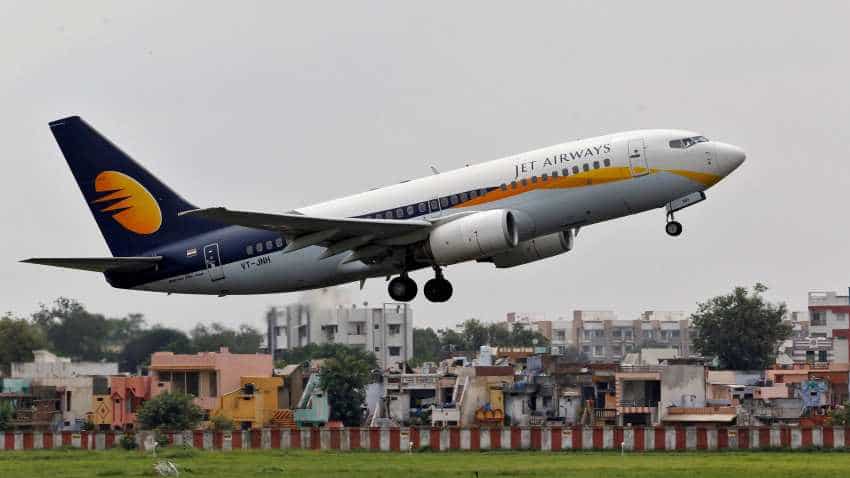 Once a flagship carrier Jet Airways is now staring at complete shutdown in the absence of its shareholder Etihad or a new investor infusing fresh funds. Image source: Reuters

Even as lenders and employees hope against hope and expect that prospects of the grounded Jet Airways would be revived, Union Civil Aviation Minister Hardeep Singh Puri's statement today that a solution would be found for the defunct carrier brings a ray of hope. "(We are) very confident that we can solve the problems at the now defunct carrier," Puri reportedly said on the sidelines of an event in New Delhi.

Puri, who is the new Aviation Minister, also holds the portfolios of urban development as well as trade and commerce. While he is Minster of State (independent charge) for both aviation and urban development, Puri serves as junior to Piyush Goyal in the Commerce Ministry.

Puri's statement has come days after a section of Jet Airways staff claimed to have received assurance from the Minister for taking measures to resuscitate the carrier. The employees of defunct Jet Airways are hoping that the government will help revive the carrier and has been meeting top functionaries, including Puri, ever since the NDA government returned to power last month.

Once a flagship carrier Jet Airways is now staring at complete shutdown in the absence of its shareholder Etihad or a new investor infusing fresh funds. On April 17, Jet Airways had suspended its operations. Nearly 90 of its aircraft, out of 119, have already been de-registered with the lessors taking their possession.

In mid-May 2019, Naresh Goyal's airline firm Jet Air wrote to Jet Airways to vacate its premise in Gurugram, while the lenders led by the State Bank of India (SBI) were struggling to find investors for the airline. Jet Air Pvt Ltd, a company controlled by Goyal, wanted the now defunct carrier to vacate its office premises at Yusuf Sarai in Delhi and another one in Gurugram citing expiry of pact and non-payment of license fee.

On getting the notice, Jet Airways officials reportedly requested Jet Air to put the plan on hold till revival of the airline, which also requested to defer the decision and give an applicable notice period. The airline officials have reportedly contended that many departments were still using the offices for minimum required functions and it would not be possible for them to vacate the premises.

The lenders led by SBI are striving to rope in a buyer for Jet Airways, and in response to the call for stake sale in the airline, only Etihad Airways had earlier submitted a bid. The other three investors including private equity firm TPG Capital, Indigo Partners and National Investment and Infrastructure Fund (NIIF), did not submit any financial proposal. Notably, there were two unsolicited bids from foreign investors.