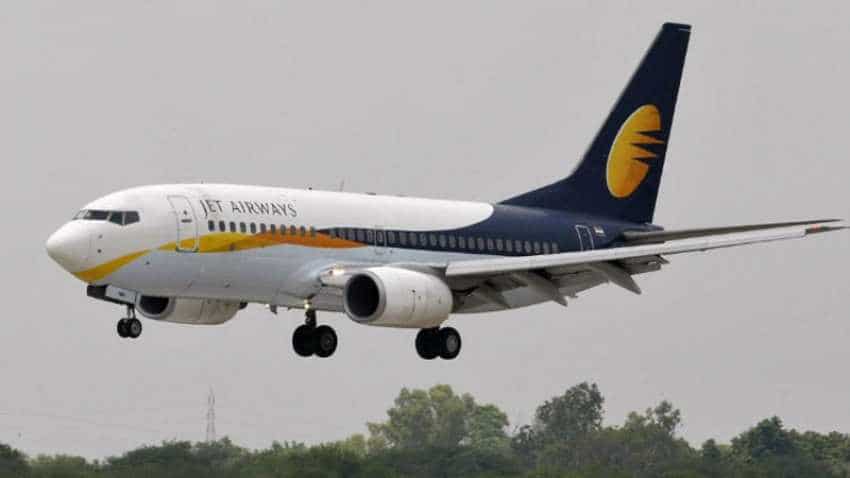 Jet Airways Resolution Plan: A new proposal has been put forth to revive Jet Airways' ailing health. This is an alternative resolution plan for the crisis-hit airline. According to the latest Jet Airways Resolution Plan, banks will also buy Naresh Goyal's and Etihad's stake. Also, they are expected to remain the biggest shareholder for some time. Moreover, the resolution plan proposes equity infusion of Rs 5,135 cr through Rights Issue at Rs 150/share. With these plans for resolution, bankers are pinning high hopes on the airline's revival. Moreover, they expect share prices to witness a surge.

Jet Airways, one of the oldest private sector airlines, is sitting on a debt of Rs 8,200 crore and requires about Rs 4,500 crore for carrying on its operation smoothly. The acute financial crunch has forced the airline to ground aircraft, cancel flights and delay payment of salaries, including to pilots.

-Bankers plan to take over the remaining stake of Naresh Goyal and Etihad via a trust, which will be under bankers

-Bankers propose to form a trust in which 25.5% shares of Jet held by Naresh Goyal and 12% of Etihad stake to be transferred to the trust

(2) Banks may remain biggest shareholder for some time

-Banks plan to reduce their stake post rights issue, banks stake to come down below 30% (29.9%)

How the Rs 5135 Cr rights issue to be subscribed

-No write-down by Lessors and other Creditors, while foreign lenders to take a haircut of Rs 1170 Cr

As the full-service carrier is struggling to stay afloat, its board on March 25 had approved a debt resolution plan that would see immediate fund infusion of Rs 1,500 crore and lenders taking control of the airline.