Jet Airways has announced its 'Freedom' sale. We tell you all about it. 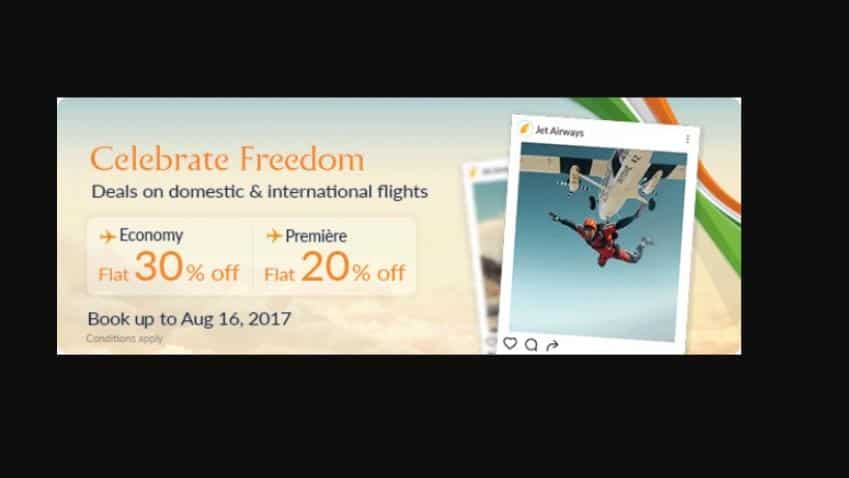 However this discount is only available on base fares the company said and will be offered on international as well as domestic routes.

The sale will begin from tomorrow August 11 till August 16 and will be valid for travel period from September 5 onwards for domestic flights and September 15 onwards for international flights.

“Applicable on both one-way and return tickets, guests can book their tickets for 44 domestic destinations and 20 international destinations across Jet Airways’ expansive network,” the company added.

“India’s Independence Day is a special occasion that is celebrated in multiple hues by Indians all around the world. This Independence Day fare sale is our way of making this day more memorable. These special travel offers are another occasion for us to give wings to the aspirations of the global traveller,” Jayaraj Shanmugam, Chief Commercial Officer, Jet Airways, said.