Jet Airways debt conversion into equity is going to be our first project under ‘Project Sashakt’: Rajnish Kumar, SBI

SBI's credit growth stands at around 16  per cent  as far as the domestic book is concerned and I feel that we will be able to maintain it. 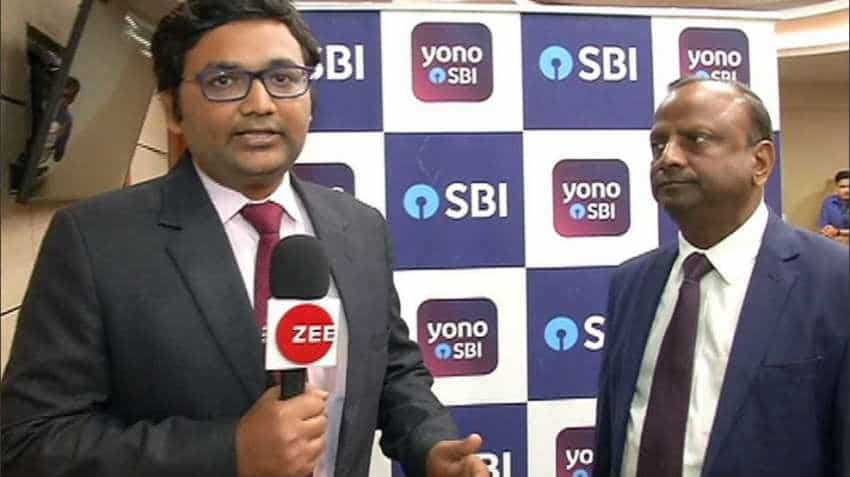 NPAs has come below 4 per cent and this trend will continue in future as further recoveries are visible to us, says Rajnish Kumar, Chairman of SBI. Image source: Zee Business

SBI has posted good results in the third quarter. What were the growth drivers, and should we expect that bank’s credit growth will be the same in the next quarter?

The bank’s credit growth stands at around 16 per cent as far as the domestic book is concerned and I feel that we will be able to maintain it. However, certain decline, in percentage term, can be seen in the month of March 2019. as the same month, March, of the previous year reported a good growth, which was a single month growth, but we have grown throughout the year in this fiscal.

I feel, our credit growth will go as per our projected target of 10-12 per cent. In fact, we will grow by 12 per cent. This growth will be backed by certain factors like good credit growth, improved margins of the bank (net-interest margin) and control on slippages. The bank has received right back on its investment book after declaring the results of the last quarter is also a factor that adds to it.

There is something more that should be noticed, and it is related to provisioning, which has been accelerated without taking it into profits. This step has helped the bank to improve its provision coverage ratio. In addition, the non-performing assets (NPAs) has come below 4 per cent and this trend will continue in future as further recoveries are visible to us. It may vary by a month or two.

Provide a picture on the number of NCLT cases that will be solved by March 31, 2019, and the amount that can be recovered from those accounts? Also, talk about the levels where the NPA will stand in the next fiscal 2019-20?

There are eight accounts, of which 5 are lying in NCLT 1 and 2 and remaining three belongs to the power sector, that can be solved. Resolution of these accounts will help the bank to reduce its gross NPA levels by Rs34,000 crore and Rs6,000 crore can have a positive impact on the bank’s P&L.

If everything goes well and different accounts lying with different authorities, like NCLT, NCLAT and regulatory commissions of different states, are solved in the next 2 months can help the bank in improving its gross NPA and net NPA picture.

Are you hopeful that conversion of Jet Airways debt into equity is going to be your first project under ‘Project Sashakt’?

Yes, Jet Airways is going to be the first case. Resolution plans on other projects are in process and we will tie up on several things. However, processes led down under ‘Project Sashakt’ like an independent screening committee that will also examine the resolution plan. In addition, the plans will be designed by keeping different guidelines in mind like RBI’s 12 February guidelines, guidelines of SEBI as well as the guidelines issued by the Civil Aviation Ministry and DIPP.

Q: Let us know about the objective behind putting Essar Steel’s debt on a sale?

A: Essar Steel’s debt has been put on a sale with an objective to manage our P&L. The account falls under the D3 category and the rule book suggest that 100 per cent provision applies to it. But, we can recover around 104 per cent from it and we have 50 per cent provisions in the book of outstanding. And, we can’t see any logic to go for provisioning of the account.

Q: Interim Budget 2019 proposes to raise TDS limit from Rs10,000 to Rs40,000 on bank and post office deposits. Do you think that it will attract people towards banking products like fixed deposit and RD?

A: It should happen as it will have a positive impact on the system. It is a big facility and will benefit our senior citizens and pensioners as they were supposed to claim for a refund on their TDS, which was deducted from their accounts.