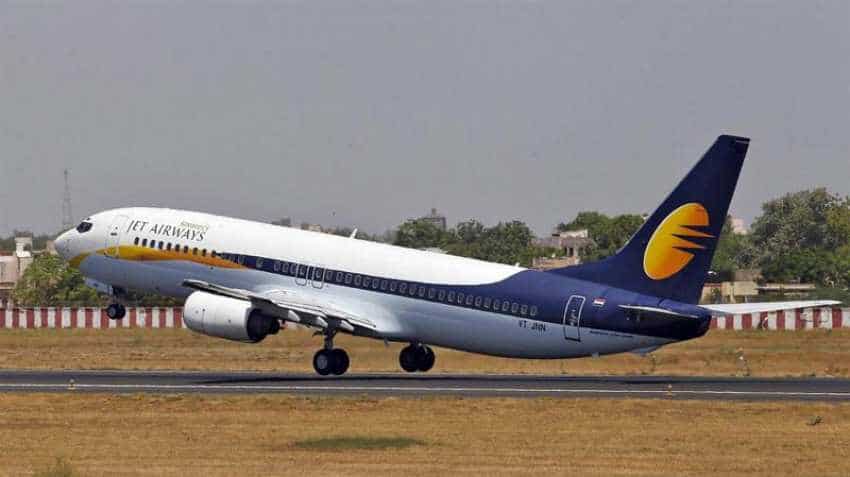 The airline is also looking to revive its frequent flyer programme it runs in partnership with Etihad Airways.

Financial turbulence at Jet Airways has forced the airline to postpone its earnings announcement and this has investors and market watchdog Sebi worried no end. Rising jet fuel prices, high maintenance costs, losses incurred by its subsidiary JetLite, and falling airfares are some of the key issues plaguing Jet Airways.

However, Jet Airways has reportedly devised a plan to overcome its financial troubles. The Economic Times has reported that the airline is in talks to raise $350-400 million by selling stake to private equity firms.  The report said that Blackstone, TPG and Indigo Capital Partners are some of the large firms which have been contacted for the same.

The airline is also looking to revive its frequent flyer programme it runs in partnership with Etihad Airways. According to a report, the programme is valued at $1.1 billion (Rs 7,601crore).

Jet is also seeking to get some new loans. However, that won't be easy this time for the airline. Most of the public sector banks are struggling with rising NPAs and the recent PNB fraud and Vijay Mallya incident has made them more cautious. According to another ET report, the airline has asked State Bank of India to provide finances. However, the bank is not just demanding enough collateral from the carrier but has also asked it to detail its future plans and cash flow position.

The airline has also said that it is taking various steps to reduce expenses and to overcome the financial turbulence.