Jaiprakash Associates share price rallies 50%; from debt, Rakesh Jhunjhunwala to Adani, all you need to know

Jaiprakash Associates has been a consistent multibagger between 2004 and 2007, but the stock is down over 20 per cent year-to-date. It remained volatile all through 2017 and in 2018 so far. 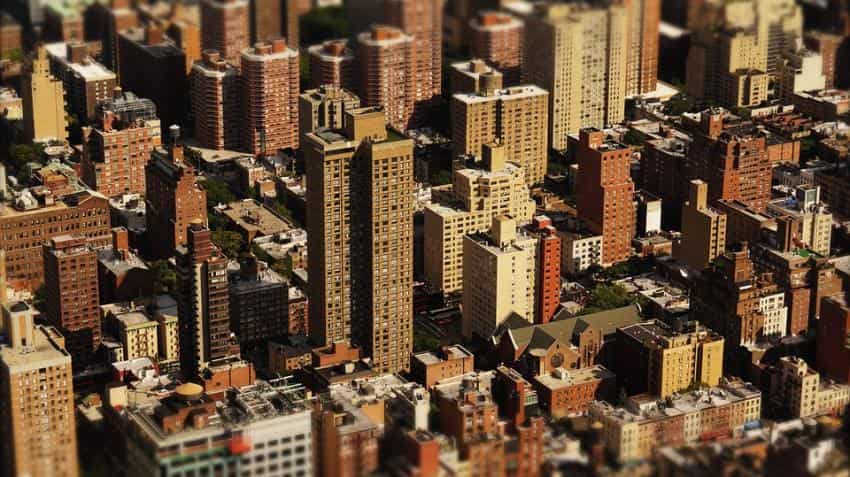 Jaiprakash Associates, parent firm of JP Infratech, has been in the news for all the wrong reasons for quite a while. Once being a part of the 30-share Sensex pack, and a consistent multibagger between 2004 and 2007, the stock is down over 20 per cent year-to-date. It remained volatile all through 2017 and in 2018 so far.

Amid negative news flows, interestingly, ace investor Rakesh Jhunjhunwala found some worth in the debt-laden company. Jhunjhunwala picked up some 2.5 crore shares, or 1 per cent stake, in the company in June quarter of FY18. He added over 3 crore shares on Thursday, once again raising hopes the company could come out of trouble. Reports were also doing the rounds that Adani Group looks all set to acquire the realty firm's beleaguered subsidiary Jaypee Infratech, which is currently facing insolvency proceedings.

Shares of Jaiprakash Associates rallied nearly 15 per cent on Friday after data showed Rakesh Jhunjhunwala-owned Rare Enterprises bought 3 crore shares in the company at Rs 18.37 per share amounting to nearly Rs 55 crore, as per bulk deal data available on the National Stock Exchange (NSE). The stock gained as much as 14.88 per cent to Rs 22 on the BSE. Over 129.94 lakh shares exchanged hands on the counter, as compared to its two-week average of 105.46 lakh shares. The stock has been rallying for the last five days, advancing 50 per cent from Rs 14.70 on Monday to Rs 22, today's intraday high level.

The Allahabad bench of the National Company Law Tribunal (NCLT) had initiated the insolvency proceedings against Jaypee Infratech in August based on IDBI's charge that the company has defaulted in loan repayment worth Rs 526 crore. The move left the homebuyers in the lurch as they, under the Insolvency and Bankruptcy Code of 2016, do not fall in the category of secured creditors like banks and hence they can get back their money only if something is left after repaying the secured and operational creditors.

Subsidiary firm Jaypee Infratech was among the first batch of 12 companies the Reserve Bank of India (RBI) had sent for insolvency proceedings in June. Saddled with heavy debt, the company failed to deliver apartments to some 32,000 homebuyers in Noida. Homebuyers including one Chitra Sharma, then, moved the Supreme Court saying that around 32,000 people had booked their flats and are now paying installments. The apex court stayed insolvency proceedings against the real estate firm at National Company Law Tribunal (NCLT) in September.

In October, SC allowed Insolvency Resolution Professional Anuj Jain to take over the management of the company and submit an interim resolution plan within 45 days to the court. The IRP as well as the government are looking to ensure that the flat buyers are not adversely impacted by the insolvency proceedings initiated. IRP shared its plan of raising funds from investors to the tune of Rs 20 billion as a step towards beginning construction of flats, whose delivery could extend up to 2021.

Adani Group to take over Jaypee?

Jaiprakash Associates has been taking various steps to reduce its debt, including sale of its cement plants. To revive its business operations and repay the debt, the company divested a substantial portion of its cement business, with a capacity of 17.2 million tonnes per annum, to UltraTech Cement at an enterprise value of Rs 16,189 crore. The company also has plans to sell its entire 74 per cent stake in Bhilai Jaypee Cement to Orient Cement at a total enterprise value of Rs 1,450 crore. As of March 2017, the company's total debt stood at 25,586.76 crore.

Crisis-hit Jaiprakash Associates' standalone net loss narrowed to Rs 148.10 crore in the third quarter of current fiscal on lower finance cost and other expenses. Its net loss stood at Rs 1,095.02 crore in the year-ago period, the debt-laden company said in a regulatory filing. Total income (income from operations and other income) declined to Rs 1,139.21 crore during October-December period of this fiscal from Rs 1,648.87 crore in the corresponding period of the previous fiscal. Jaiprakash Associates' total expenses fell to Rs 1,276.16 crore from Rs 2,770.93 crore during the period under review. Finance cost came down to Rs 208.42 crore from Rs 904.74 crore.