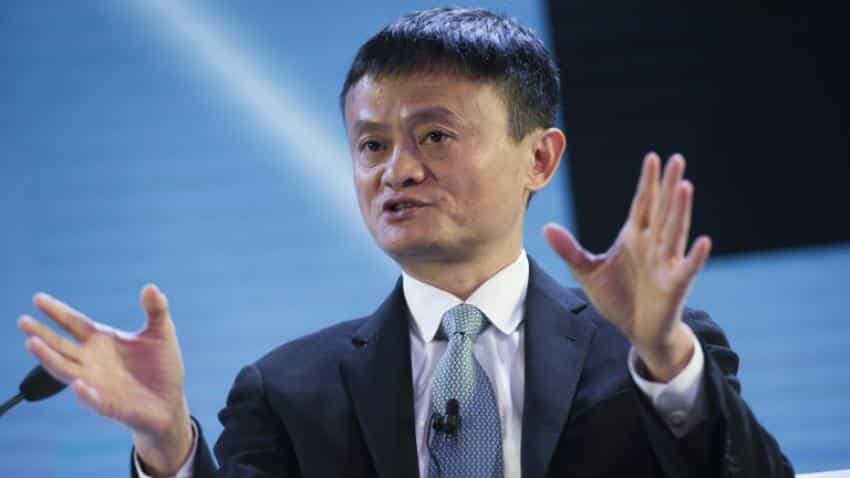 Chinese internet billionaire Jack Ma has bought a stake in cinema legend Steven Spielberg's company, they said, the latest tie-up between China and Hollywood as they seek to make movies for audiences in the Middle Kingdom and beyond.

The deal will see the companies co-finance and co-produce movies for Chinese and international audiences, Alibaba said on its corporate website.

It marks "an important milestone" in the Chinese firm`s strategy to reach Chinese and global audiences, its chairman Shao Xiafeng said in a statement.

Alibaba Pictures will also have a seat on the board of Amblin. Financial details of the deal were not disclosed.

At a press conference in Beijing on Sunday, Spielberg -- who shot his 1987 movie "Empire of the Sun" in Shanghai -- said the partnership will allow him to "bring more China to America and bring more America to China", according to the Alibaba statement.

Alibaba chief Jack Ma said that while the US and China "may have cultural differences", the partners will focus on human stories and serve as a bridge between the two countries.

The deal will give Spielberg`s company access to Alibaba`s online ecosystem and films will be distributed through streaming platforms such as the group`s Youtube-like Youku Toudu.

The deal is the latest in a wave of Chinese money flowing to Hollywood, with real estate developer turned media conglomerate Wanda buying Jurassic World creator Legendary Entertainment for $3.5 billion earlier this year.

Foreign film companies are heavily restricted from entering China`s booming market, with an opaque review process and government caps limiting the number of non-Chinese movies that can be shown.

Censors enforce a broad and shifting set of prohibitions that cover sex and violence as well as political or historical content the ruling Communist Party deems unacceptable.

To get around restrictions, Hollywood studios have sought partnerships with local companies.

The potential rewards are substantial, as China`s movie market has exploded and PricewaterhouseCoopers projects its box office will rise from $4.3 billion in 2014 to $8.9 billion in 2019, outstripping the US.

US studios are keen to capitalise on China`s burgeoning market at the same time as Beijing is pushing entertainment as a source of "soft power".

But box office fraud is a widespread problem and films have been exposed pumping up ticket sales to generate marketing buzz.

In an interview posted on the company website Alibaba Pictures president Zhang Wei said the tie-up was "not just a financial investment" and that the company chose Amblin over other Hollywood partners because their early conversations did not focus only on funding.

"There’s a lot of hot money from China floating around Hollywood right now, and we`ve had quite a few people approaching us wanting a partnership," she said. "Oftentimes people see us as a source of capital and as a way into China."

The partnership follows an announcement by Wanda last month to invest in movies produced by Sony Pictures, its first deal with one of Hollywood`s so-called "Big Six" studios, after it snapped up the US movie theatre chain AMC in 2012 for $2.6 billion.

Wanda`s Hollywood ambitions have raised eyebrows in the US, with 16 lawmakers last month writing a letter to the US Government Accountability Office suggesting that company chairman Wang Jianlin -- who has close ties to the Chinese government -- may be seeking to exert "propaganda controls on American media".