Better late than never, organizational planning is one of the key practices to be incorporated by the companies which can guide your company in a positive direction and prevents going down any expensive road that leads to nowhere. 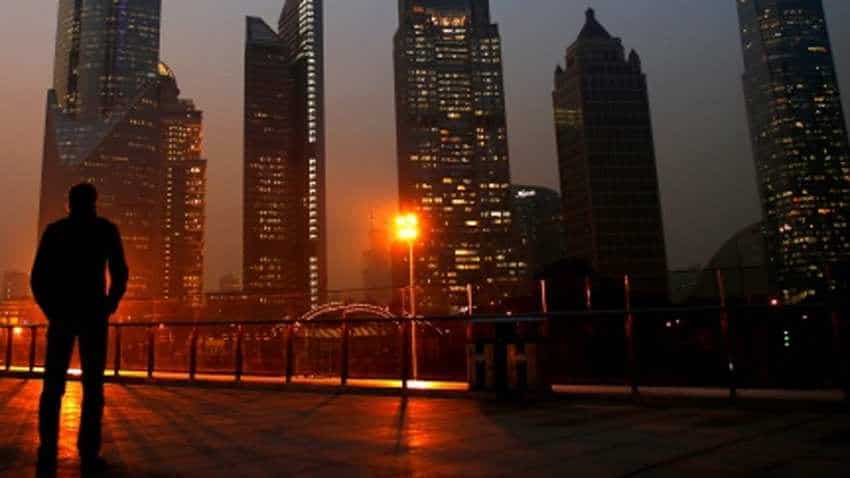 Organizational planning doesn't need to be entangled, but since it sounds complicated, numerous organizations don't do it as frequently as they should. Reuters
Written By: Akash Sinha
RELATED NEWS

Recently when Jack Ma announced his plans to take retirement and announced CEO Daniel Zhang will take over by September 2019, his decision raised questions about the quality of leadership and succession planning at other leading companies. Are they still about one man or have they managed to become more institutionalised? Have they moved beyond their roots or failed to evolve?

As per a recent report by BAF consultants, 97% of family businesses do not have a formal succession plan. Any company which has a succession plan in place, does not suffer when a top executive bids goodbye. For example, Bill Gates, after having helmed Microsoft for 25 long years, stepped down as CEO in favour of Steve Ballmer in 2000. The latter, for next 14 years, went ahead and tripled sales to $78 billion and profits from $9 billion to $22 billion. In fact, Kinect and Xbox propelled under his watch, as did the acquisition of Skype and Yammer.

This shows that there needs to be a mechanism which has to act as a regulation while planning next gen Leadership.

"This was clearly visible in case of Reliance Group – post Dhirubhai Ambani’s demise who would have been an ideal successor to lead the Group; the following sequence of events led to the split and the two brothers were entrusted with their set of businesses. Also, take for instance the Tata – Cyrus Mistry case. Similar is the likely situation with Godrej Group, ArcelorMittal, Biocon and Wipro – who will fall in line to succeed Kiran Majumdar Shaw and Azim Premji, among others," said Ketan Kapoor,CEO & Co-Founder, Mettl-India.

Most Indian companies do not have a formal process for a smooth transition: Back in 2002, when Ratan Tata was set to retire at 65, the Tata Sons board re-designated him as non-executive chairman so that he could continue for another five years. As senior executives depart, leaving behind a gaping void, it raises the bogey of succession planning. Experts say a strong line-up process should focus on developing a pool of individuals with critical, adaptable skills ready to lead when called upon.

"Indian companies do have transition processes but are not always implementing them right. In my view, Indian or otherwise, if the succession plan is not executed well, it can fail. Succession plans are not a one time event but a continuous process that has to be managed proactively. Typically, a lot of firms, especially during high growth phases, are so focused on day to day operations that futuristic issues and plans tend to go on a back burner. The intent is there but there is no bandwidth nor an urgency for it is apparent. Succession is not the first challenge they think of till a crisis hits. Planning for successors has two pronged advantages - one, is that a pipeline is readily available and two, it creates avenues for growth and learning. Not having successors can be extremely risky for business. Many companies today are planning it better and creating an internal sustained pipeline," said Purvi Sheth,CEO of Shilputsi Consultants.

Better late than never, organizational planning is one of the key practices to be incorporated by the companies which can guide your company in a positive direction and prevents going down any expensive road that leads to nowhere.

"It is a disciplined exertion which produces basic choices and activities that shape and guide what an organization is, who it serves, what it does, and why it does it, with an attention on what's to come. Effective strategic planning expresses not just where an organization is heading to and the activities expected to lead a successful path, yet in addition how it will know whether it is fruitful. An organization's top executives are one of the few couple of factors over which boards have total control- and their inability to plan for such executives' positions has a high cost," said Kapoor.

So what can a company do not only just to get ready for succession events but to guarantee that they make a triumphant pick when the time comes? The best thing is to coordinate official development programs with succession planning so the best suited internal applicants are recognized early & hailed at board level.

Kapoor further added that the process of organizational planning can be as essential to an organization as the outcomes. Strategic planning can be a particularly important process when it incorporates employees in all departments and at all levels of responsibilities considering how their exercises and responsibilities fit into the bigger picture, and about their potential contributions.

"Be that as it may, if you don't set aside the opportunity to recognize what's most vital to your organization, then you'll continue to under-perform and you'll be kept occupied with things that are seemingly not critical to organizational growth," he said.

Organizational planning doesn't need to be entangled, but since it sounds complicated, numerous organizations don't do it as frequently as they should.

There are Indian firms which are well prepared with the succession plan. HCL, L&T Infotech, are the two examples of Indian businesses that have a system in place for a smooth transition. Therefore, it's time for India Inc to leave uncertainty behind and adopt a stable transition mechanism.