Overall, FMCG segment revenue recorded a growth of 13.3% during the quarter 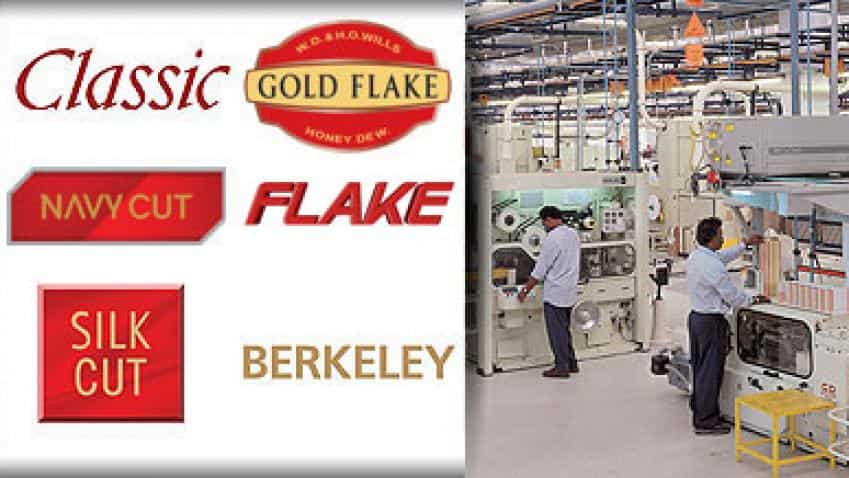 For Hotels segment, the revenue during the quarter was flat in comparison to last fiscal.
Written By: ZeeBiz WebTeam
RELATED NEWS

FMCG major, ITC on Wednesday announced 7% rise in Cigarette business revenue for the quarter ended on September 30. The company earned revenue of Rs 8528.47 crore during the quarter as compared to Rs 7963.10 crore.

The company said the reason behind the muted increase in revenue was mainly accounted of continued pressure on the legal Cigarette industry in the country.

The operating environment for the legal Cigarette industry in India was rendered even more challenging in the wake of a further increase of 10% in Excise Duty announced in the Union Budget 2016 and introduction of the new 85% graphic health warnings (GHW) on cigarette packages, the company said in a statement.

Commenting on the government's order, the company in the statement said, "As always, the Company complies fully with all regulations and laws in letter and spirit and continues to engage with policy-makers for reasonable, pragmatic and evidence-based regulation and taxation policies that balance the health, employment and economic imperatives of the country."

The company also pointed out that as per a note by Department of Commerce, submitted to the Parliamentary Committee on Subordinate Legislation, had stated that large warnings will lead to an increase in overall tobacco consumption and illegal cigarettes; when large quantities of non-cigarette tobacco products from unorganised sector are sold loose and / or without any health warnings, it gives an impression of these products being relatively safer than cigarettes.

Overall, the segment revenue recorded a growth of 13.3% during the quarter amidst weak demand conditions, with most major categories recording improvement in market standing.

For Hotels segment, the revenue during the quarter was flat in comparison to the corresponding period in the previous year reflecting the subdued operating conditions in the Indian hospitality industry, which continues to be impacted by excessive room inventory in key domestic markets and sluggish macroeconomic environment both in India and major source markets, the company said.

Construction activities at the luxury hotel projects in Kolkata, Hyderabad and Ahmedabad are progressing satisfactorily, the statement added.