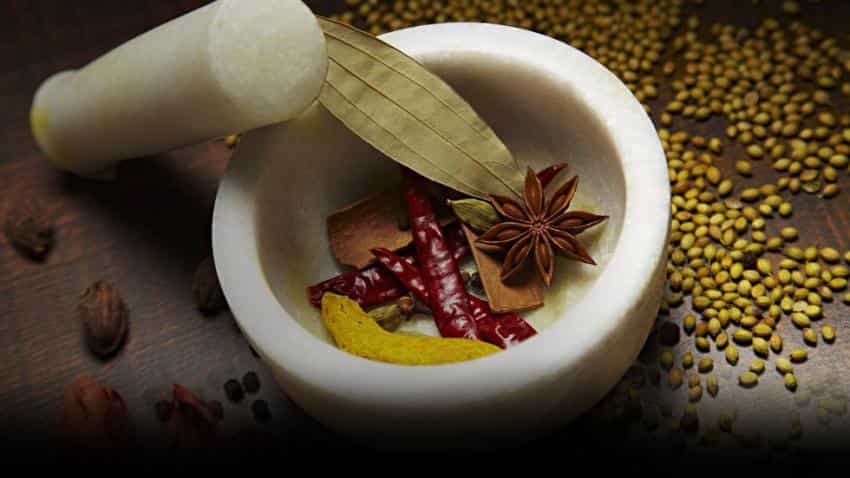 Cigarettes to hospitality conglomerate, ITC is planning to launch 'super safe' spices in the last quarter of this fiscal year under the MasterChef brand, taking it national, a report by Business Standard said on Sunday.

"As such, laws require tests to be done to check around nine parameters in India. But, these would be tested for 450 parameters. We are working very closely with farmers on this project," the report quoted ITC’s chief operating officer, Sanjiv Puri.

So far, the Masterchef brand was only available in a couple of states in India. The spices were launched last year in Telangana and Andhra Pradesh.

The company is now looking at a national launch to widen its portfolio, the report added.

ITC is eyeing a Rs 1 lakh-crore turnover in FMCG business by 2030 has already drawn up an overall investment plan of Rs 25,000 crore for creating national assets, under which 65 projects are already underway.

The company is also all set to enter the fruits, vegetables and seafood segment this year, and ITC MasterChef is likely to be the umbrella brand, the report said.

The report cited that this could be happen in the next six to twelve months’ time. The first half of the next financial year would see some launches in this space, and ITC MasterChef could be the umbrella brand.

Puri also said that ITC would focus on the wellness aspect of packaged food as there is a growing demand for such options among health-conscious consumers.

Adding that the products would be both for export and domestic market Puri said, "We are looking at product categories across canned, frozen, dehydrated, puree etc. ITC MasterChef would surely have something that would span fruits, vegetables and seafood as well."